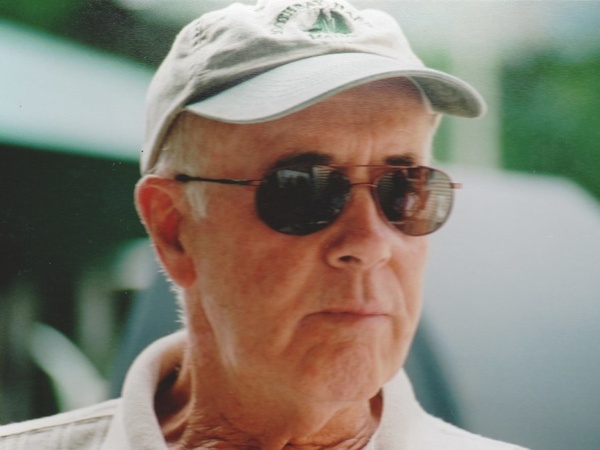 In the early morning hours of February 9, 2017, Alden H. Lewis, 86, of Southington, passed away at Connecticut Hospice in Branford. He was the loving husband of Marion A. (Goodale) Lewis with whom he shared 66 years of marriage.

Alden was born on March 8, 1930 in Boothbay Harbor, ME the second son to the late Isaac Wilson and Esther May (Stover) Lewis.  He grew up on Hodgson Island, Boothbay, ME where he and Marion also started their family following their marriage on August 1, 1950.  They enjoyed building their home on Sawyer Island Road where they raised their children, Carl, Gail and Ellen.

Alden was a man of many trades but best known for his expertise in working with wood. He was a carpenter with the crew of Manley Reed Builders, while also working at Paul Luke Shipyard building racing sail boats, and some how found the time to pull lobster traps in the Sheepsot River.

On November 22, 1964, he packed up his home goods and family and moved to Southington, CT where he would work for many years building homes and apartment buildings in the area. He worked as a cabinet maker for JE Smiths Lumber, retiring after 28 years of service.

Alden had a fondness for wooden toys and built many for his grandchildren and great-grandchildren to play with. He and Marion always enjoyed each other’s company, traveling with family and friends, camping, fishing and visiting new places as they traveled in their camper across Canada and the USA.

Alden was a lifetime member of the Masonic Lodge #196 in East Boothbay and shared the experience with Marion in the Eastern Stars.

The family of Alden Lewis would like to thank those for the care he received while his health declined, especially the staff at HOCC New Britain General and the staff at Connecticut Hospice in Branford.

In lieu of flowers, donations in Alden’s memory may be made to Connecticut Hospice, 100 Double Beach Rd, Branford, CT 06405.

A memorial service will be held at 12 noon on Saturday, February 18, 2017 at the Plantsville Funeral Home, 975 S. Main St., Plantsville. Burial will be held privately. Calling hours will be held before the service from 11 a.m. – 12 noon. For online condolences and directions, please visit www.plantsvillefuneralhome.com

To order memorial trees or send flowers to the family in memory of Alden Henry Lewis, please visit our flower store.