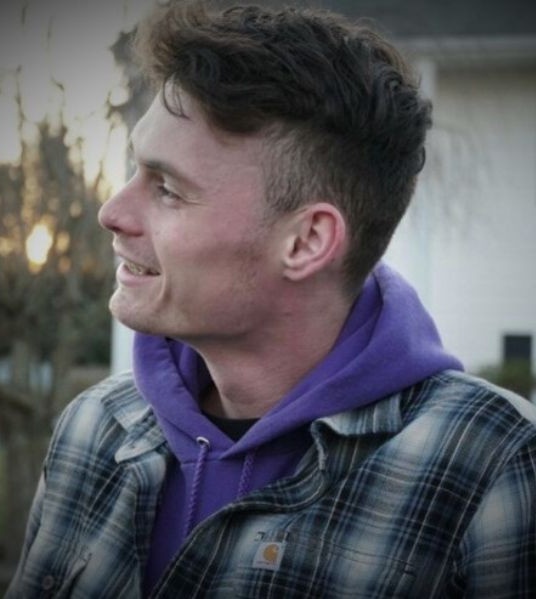 Alex was born on April 26, 1998, in New Britain to Michael and Theresa (Mendocha) Spaulding.

He graduated from Bristol Eastern High School and was employed at Notch Mechanical in Chicopee, MA. He had a kind heart and gentle soul, and always enjoyed spending time with his family and friends. He was known for his wit and funny one-liner’s that would fill a silent room with laughter. In his younger years he enjoyed playing soccer, riding motocross bikes, and exploring the great outdoors. As he grew older his love for the outdoors remained, while cars and trucks became a great passion.

In addition to his parents Mike and Terry, Alex is survived by his sister Nicole McCarthy and her husband Jack and his niece Leni of North Dakota. He is also survived by his maternal grandfather John Mendocha of Wethersfield, and many aunts and uncles; Eddie Mendocha (Michelle) of Bristol, Kristina Grodzicki (Jim) of Cromwell, Maryann Mendocha of Berlin, Deborah McCormack (Bill) of Milton, NH, Steve Spaulding (Kathy) of Derby, KS and Scott Spaulding of Wallingford, as well as several cousins. He was predeceased by his maternal grandmother, Ann Marie Mendocha and paternal grandparents, Lorraine Norton and Bernard Spaulding.

In lieu of flowers, donations in Alex’s memory may be made to St. Jude’s Children Hospital (www.stjude.org).

Funeral services will be celebrated privately, at the convenience of the family. Plantsville Funeral Home has been entrusted with handling the arrangements. For online condolences, please visit www.plantsvillefuneralhome.com.

To order memorial trees or send flowers to the family in memory of Alex M. Spaulding, please visit our flower store.