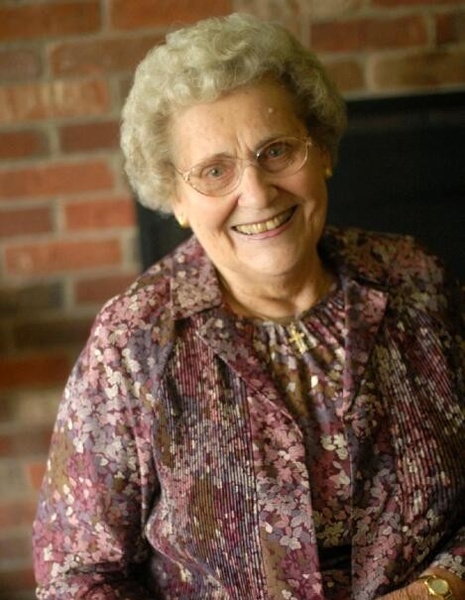 Anna M. (Turkowski) DeGumbia, formerly of Southington and recently a resident of Concord, NH, was called home to Heaven on Tuesday, May 12, 2020 at the age of 96, following a brief illness. She was predeceased by her husband, Walter D. DeGumbia, her two sons, Walter V. DeGumbia and Michael F. DeGumbia, and her grandson, Jeffrey DeGumbia. She leaves behind her two daughters, Annette Johnson and husband Robert of Bow, NH and Janet Lawrence and husband Wayne of Cheshire, CT. She also leaves behind eight grandchildren, four great-grandchildren, (who affectionately called her “Bina”) and several nieces and nephews.

For many years, Anna was a stay-at-home mom who worked very hard to raise her four children. When she did enter the work world, she had various jobs at local factories. Her last employment was with the State of Connecticut where she worked for many years until her retirement in 1988 at the age of 65.

Anna loved crocheting afghans, which she often gave away as gifts to so many people. She also enjoyed baking and was known for her famous chocolate chip cookies. Her homemade pies, cream puffs, and popovers were second to none, not to mention the delicious Polish dishes she would cook. Holiday gatherings, picnics, and other celebrations with family were times that she always looked forward to and cherished.

Donations in memory of Anna may be made to a charity of the donor’s choice.

Due to the current health concerns surrounding COVID-19, a private burial will be held in the Immaculate Conception Cemetery, Southington.  Plantsville Funeral Home has been entrusted with handling the arrangements. For online condolences, please visit www.plantsvillefuneralhome.com.

To order memorial trees or send flowers to the family in memory of Anna M. DeGumbia, please visit our flower store.