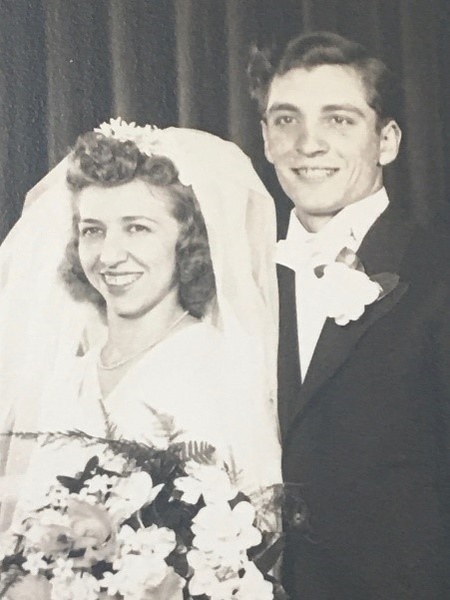 Anthony was born on June 26, 1919 in Bristol, Connecticut, the son of the late Angelo and Marianne (Calabrese) Sansone.

He was retired from Fafnir Bearing Company where he worked for 42 years as a machinist and was active in the Mutual Benefit Association organizing outings and affairs. Anthony loved working around the house doing carpentry, stonework, and gardening.  More than anything, he enjoyed spending time with his family. Anthony was a veteran of the United States Army serving his country as a Tank Commander in the 778th Tank Battalion in the European Theater during World War II.

In addition to his parents, Anthony was predeceased by his devoted wife of 69 years, Emma (Marenzana), his grandson, Roger Russell Anderson, Jr, and his 2 brothers and 6 sisters. Anthony is survived by his two children; daughter, Lois Anderson and her companion, Frank Bavaro, and son, Anthony James Sansone and his wife, Patricia, his four grandchildren; Sherry Kassey and her husband John, Lois Lynne Anderson and her companion, Robert Guyette, Elizabeth Sansone Glavine and her husband Sam Glavine, and Lindsay Sansone; his four great-grandchildren; Kenneth Bowen, Jordan Bowen, Miranda Anderson and Emmagrace Sansone Glavine; his great-great-grandson, Kaiden Roger Anderson; and several nieces and nephews.

Anthony was a communicant of St. Francis of Assisi church in New Britain.  A military burial service will be scheduled when the COVID-19 crisis has passed. Plantsville Funeral Home has been entrusted with the funeral arrangements. For online condolences, please visit www.plantsvillefuneralhome.com.

To order memorial trees or send flowers to the family in memory of Anthony J. Sansone, please visit our flower store.