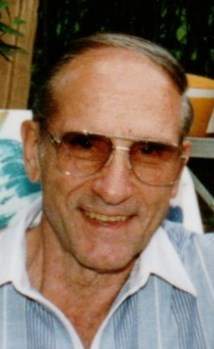 Anthony Sciortino, 90, of the Plantsville section of Southington, passed away peacefully on January 1, 2018 at Autumn Lake Healthcare in New Britain. He was the loving husband of Rita (Gelinas) Rousseau Sciortino for 28 years.

Born on July 8, 1927 in New York to the late John and Frances (Amico) Sciortino, he was a longtime Waterbury resident before moving to Plantsville.

Anthony proudly served his country in the United States Army during WWII. He retired from Bristol Babcock where he worked as a machinist for 25 years. Anthony loved all animals, especially his beloved yorkie, Toby.

In addition to his wife Rita, he is survived by two children: Paul Sciortino and Teresa Sciortino, both of Waterbury; two step-sons, Alan Rousseau and his wife Sharon of Southington and Mark Rousseau and his wife Diane of Wallingford; one grandson, Scott Antonucci of Los Angeles, CA and two step-granddaughters; Kylie Paradis and her husband Stephen of Southington and Lauren Rousseau of RI. He is also survived by one brother, John Sciortino and his wife Grace of Prospect and many nieces and nephews. Anthony was predeceased by his first wife, Elvira (Frasca) Sciortino; 4 brothers: Sam, Michael, Joseph and Thomas and 3 sisters: Phyllis, Lucy and Josephine “Dolly.”

A Mass of Christian Burial will be held at 10:30 a.m. on Saturday, January 6, 2018 at St. Aloysius Church, 254 Burritt St., Plantsville. Burial with military honors will follow in Calvary Cemetery, Waterbury. Calling hours will be held before the service from 9 -10 a.m. at the Plantsville Funeral Home, 975 S. Main St., Plantsville. For online condolences and directions, please visit www.plantsvillefuneralhome.com.

To order memorial trees or send flowers to the family in memory of Anthony Sciortino, please visit our flower store.