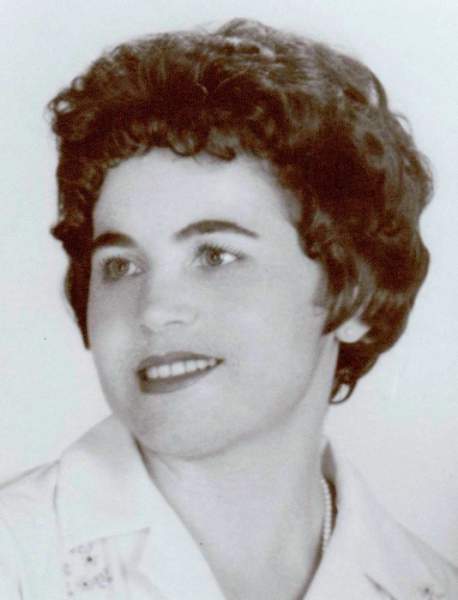 Asuncion “Sue” Lopez Gomez, 91, heroic, courageous, hard-working, and mother who sacrificed so much for her children, passed away peacefully on Sunday, February 17, 2019 in Southington.  Every day included the sign of the cross, a verbal “God Bless America,” and the drive for better opportunities without depending on others.

She was born on September 3, 1927 in Ortiguera, La Coruna, Spain to Juan Antonio and Teresa Barreiro Prieto. She lived in Ortiguera until 1951 when she married Maximino Costa Gomez and joined him in Havana, Cuba.

Life in Cuba was difficult initially due to the tropical heat and lack of family. However, she adapted well when she had her own children, joined social and church clubs and helped new Spanish immigrants assimilate to Cuban culture.

The Gomez family life turned upside down with the Castro Revolution in 1959. Their businesses, real estate, savings and religious freedom were stolen.  Asuncion’s courage led her to find a way to get her children out of the country.  She found a covert operation, Operation Pedro Pan, that was airlifting unaccompanied Cuban children to Florida. In 1962 Carlos and MariaTeresa arrived in the United States and lived in a refugee camp and two foster homes with American families until Asuncion arrived in East Hartford in 1965.

In the United States, she worked two jobs, taught herself to sew custom draperies, took English classes at night school and received her driver’s license at age 45.  After many years of saving, she bought a used Ford Falcon to replace her “manual Cadillac grocery cart” that she used on her weekly trips. She retired from G. Fox and Company in Hartford with 27 years’ service as a custom drapery designer and seamstress.

She is survived by her son, Carlos Lopez Gomez, of East Hartford, and her daughter Terry (MariaTeresa) Gomez Lombardi and son-in-law, Bill, of Southington whom she lived with for almost 30 years. With pride and adoration, she leaves her grandsons, Tony and wife Gina Lombardi, Tom Lombardi and wife Jennifer, and great-grandchildren, Lucia, Adriana and Dominic, all of Southington.  She is also survived by her sister, Carmen Lopez Perez, sister-in-law, Carmen Lopez and several nieces and a nephew in Ortigueira, Spain.

Asuncion was predeceased by her husband, Maximino, two sisters, Isabelle and Gloria, two brothers, Jose and Manolo, and a nephew Pepe of Spain.

The family would like to thank the Southington Care Center 2nd floor staff for the care and love they gave to our “Mama.” Also, we are grateful for the support, friendships, and love from the Marquez, Stair, Suarez , Fernandez, Feijoo, Lipiejko, Taverner, Baracchi, Cecere, and D’Angelo families.

Funeral services will be held at 9:00 a.m. on Friday, February 22, 2019 from the Plantsville Funeral Home, 975 S. Main St., Plantsville with a 10:00 a.m. Mass of Christian Burial at St. Thomas Church, 99 Bristol St., Southington. Burial will follow in St. Thomas Cemetery, Southington. Calling hours will be held from 4 – 7 p.m. on Thursday, February 21, 2019 at the Plantsville Funeral Home. For online expressions of sympathy and directions, please visit www.plantsvillefuneralhome.com.

To order memorial trees or send flowers to the family in memory of Asuncion "Sue" Lopez Gomez, please visit our flower store.