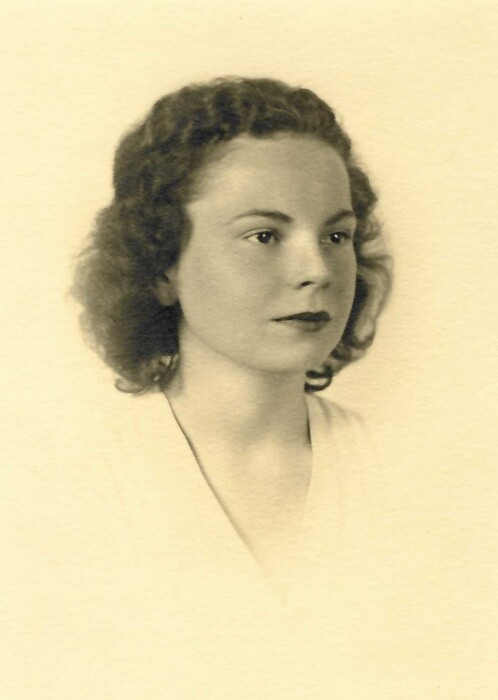 Barbara Howlett Curran, 101, passed away peacefully at Middlebury Convalescent Home on December 26, 2020. She was predeceased by her husband of 47 years, Lawrence Curran, 75; her parents, Frank Angus Howlett III and Lotta Wyman Howlett; her brother, Frank Angus (Bud) Howlett IV, and his wife Elizabeth Carolyn Howlett. She leaves behind her three sons, Bruce Curran, Christopher Curran, and Jeffrey Curran and his wife Barbara Goodhouse, and her beloved granddaughter, Elizabeth Curran.

She graduated from Hillhouse High School and attended Quinnipiac Junior College. During WWII she was an ambulance driver, and later became an American Airlines stewardess. She worked at Waterbury Farrell as a secretary for several years juggling her life between caring for her family and elderly parents. Throughout her long life Barbara saw many changes in the world, from the Great Depression to WWII and man setting foot on the moon.

In her early life she loved sports, especially tennis and skiing, and later became an avid golfer and a passionate bridge player. She and Larry raised their family in Cheshire and moved to Southington after they retired. She volunteered at the Masonic Home in Wallingford and as a Friend of the Southington Library. Barbara was a vibrant extrovert, who loved talking with her family and her many friends and relaxing with a bourbon and ginger at the end of the day. She continued to read novels and work crossword puzzles in her later years. She loved pets including Thor, the family golden retriever, and later her cats Lucifer and the Duchess.

Donations in Barbara's memory may be made to "Friends of the Southington Library" 255 Main Street, Southington, CT 06489.

Funeral services will be celebrated at a later date. Plantsville Funeral Home has been entrusted with handling the arrangements. For online condolences, please visit www.plantsvillefuneralhome.com.

To order memorial trees or send flowers to the family in memory of Barbara H. Curran, please visit our flower store.
Send a Sympathy Card