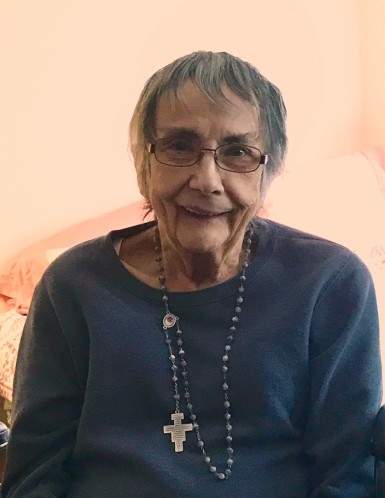 Barbara (Pelsinski) Shearstone, 76, of Roswell, Georgia and formerly of Southington, CT, passed away peacefully on Saturday, January 20, 2018. She had been the loving wife of the late William C. Shearstone II for 49 years. William and Barbara are back together in Heaven dancing to their favorite song, “You are my Special Angel.”

Born on August 17, 1941 in Shenandoah, PA to the late Alex and Bertha (Usilowicz) Pelsinski, she had been longtime Southington resident before moving to GA to be closer to her family.

Barbara was a loving wife, mother and grandmother. She is survived by three children: son, William Shearstone III and his wife Leslie of Roswell, GA, two daughters, Angeline Shearstone of Middletown, CT and Jennifer Shearstone of Hawaii, and 3 grandchildren, William, Amanda and Matthew, all of Roswell, GA. She is also survived by two sisters, Rosemary Zackowski of Watchung, NJ and Patricia Stefanic and her husband Michael of Albany, NY. In addition to her husband and parents, she was predeceased by her brother-in-law, Edward Zackowski and her brother-in-law, John Shearstone.

Barbara will be deeply missed by her family and friends but they know that if she could, she would tell them, “Ain’t it good to know, you’ve got a friend.”

In lieu of flowers, donations in Barbara’s memory may be made to the St. Ann’s Shrine, 5384 Wilson Mills Road, Cleveland, Ohio, 44143.

A graveside service will be held at 11:00 a.m. on Tuesday, January 30, 2018 at South End Cemetery, South End Rd., Southington. Plantsville Funeral Home has been entrusted with handling the arrangements. For online condolences, please visit www.plantsvillefuneralhome.com.

To order memorial trees or send flowers to the family in memory of Barbara Shearstone, please visit our flower store.