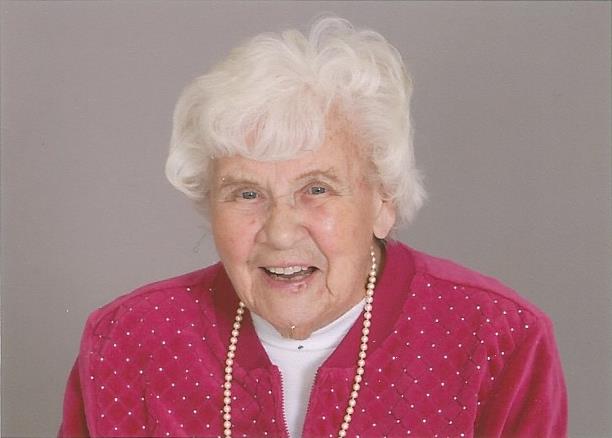 Bernice Dischino, of Farmington, died Saturday at Farmington Station Senior Living. The cause was heart failure. She was 90.

Bernice was an executive secretary in the research and development lab at Clairol, in Stamford, for 18 years, retiring in 1985. In addition to raising her family in Stamford, she was a member of the First Presbyterian Church and a Cub Scout leader for Pack 48.

She and her husband of 63 years, Ray, relocated to Andover, Vermont, after retirement and she worked for three winters at the First Run Ski Shop at Stratton Mountain. In Vermont, they raised a black Labrador for Guiding Eyes for the Blind. Bernice was an active member of the women’s fellowship at the Chester Congregational Church. There, she started knitting prayer shawls for people needing comfort and healing. She continued that for the rest of her life.

Bernice and Ray moved to Mashpee, Mass., where Bernice was active in the Mashpee Women’s Club and a founding member of the Mashpee Congregational Church. In addition to knitting prayer shawls, she enjoyed sending cards to members, particularly those who were sick or nearing the end of life. She and Ray often baked for the coffee hour following services. They took pleasure in boating, cruising and traveling while on the Cape. Hawaii and Barbados were two of their favorite destinations.

Bernice relocated to Farmington after Ray died and moved into Farmington Station (formerly Atria) when it opened in November of 2015. At the time of her death, she was the longest-term resident and served as a resident ambassador. She was a member of the First Church of Christ, Congregational and active in its prayer shawl ministry. She completed her last two shawls shortly before her death. She enjoyed watching services from First Church and Mashpee Congregational on her computer when in-person services stopped earlier this year.

Bernice was born in Philadelphia and lived there for the first 19 years of her life. She met Ray at a fraternity party at the University of Pennsylvania, where he was a student. She was working as a secretary at Temple University’s dental school.

She is survived by her daughter, Barbara Ede, of Shelton; her sons, Ray, of Southington; and Doug, of Middlefield; eight grandchildren; nine great-grandchildren; and a brother, Norman Masters, of Snellville, Georgia. In addition to her husband, she was predeceased by two brothers; her sister; her granddaughter, Tricia Ede, of Simpsonville, S.C.; and her daughter-in-law, Traci Dalton, of Middlefield.

A memorial service will be held Saturday, October 10, at 11:00 a.m., outdoors at First Church of Christ, Congregational at 75 Main St. in Farmington. Burial will be at the Massachusetts National Cemetery in Bourne. The Plantsville Funeral Home is handling the arrangements. For online condolences, please visit www.plantsvillefuneralhome.com.

In lieu of flowers, contributions may be made to the Mashpee Congregational Church Building Fund, First Church of Farmington or the charity of your choice.

To order memorial trees or send flowers to the family in memory of Bernice H. Dischino, please visit our flower store.
Send a Sympathy Card