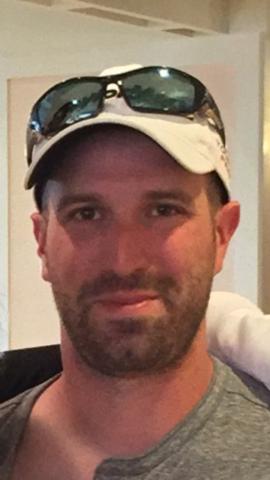 Brian Herrmann, 32, of North Haven and formerly of Cheshire, passed away unexpectedly on April 14, 2017. He was a loving husband, adoring father and beloved son, grandson, brother, uncle and friend.

Brian was born in New Haven on March 1, 1985 to William and Barbara (Diamante) Herrmann. He attended Cheshire Schools and graduated from Cheshire High School, Class of 2003. After high school, Brian went on to Construction Education Center where he studied to become an HVAC technician. For the last 6 years, he worked tirelessly beside his friends and family at B& S Sheetmetal, always willing to go the extra mile for his customers. When he wasn’t working, he loved spending time with his family, especially his daughter, Leah Grace.

Brian is survived by his wife Beth (Stanton) Herrmann of North Haven and their beautiful daughter, Leah Grace; his brother, William Herrmann, III and his wife, Rhiannon of Boynton Beach, FL; his sister, Alexis Herrmann and two adopted siblings, Joshua  and Suelyn Herrmann. He is also survived by his maternal grandmother, Jennie Diamante of Cheshire; his great-aunt Mary Diamante of East Haven; his mother and father- in-law, Thomas and Valarie Stanton of Cheshire; 2 sisters-in-law, Melissa Stanton of Plantsville and Kimberly Fitzgerald and her husband Alec of Cheshire; and two nephews, Mason and Parker Fitzgerald. He was predeceased by his paternal grandfather, Arthur Diamante and paternal grandmother, Rose Herrmann.

In lieu of flowers, donations in Brian’s memory may be made to Leah Herrmann, United Bank Attn: Lisa Godbout, 286 Maple Ave. Cheshire, CT  06410.

Calling hours will be held on Thursday, April 20, 2017 from 4 – 7 p.m. at the Plantsville Funeral Home, 975 S. Main St., Plantsville. Burial will be private and at the convenience of the family.

To order memorial trees or send flowers to the family in memory of Brian Herrmann, please visit our flower store.
Send a Sympathy Card