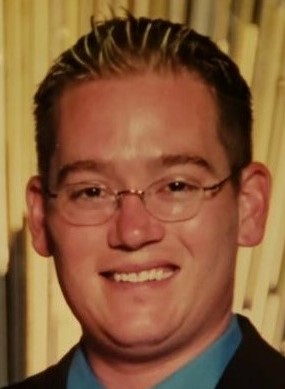 Brian K. Kraft, 46, of the Plantsville section of Southington, passed away on March 5, 2020 at his home. He was a loving father, son, brother, uncle and friend.

Brian was born on Nov. 10, 1973 in New Britain to David and Sharon (Shimansky) Kraft. He was a graduate of Southington High School, Class of 1992 and the former co-owner of Twin Peaks Roofing, which he operated alongside his twin brother, Daniel, until an accident on the job prevented him from returning to work. Prior to his accident, Brian was very active in sports, including softball, golf, fishing and going jet skiing. He also loved NASCAR and target shooting with his uncle Michael.

In addition to his parents David and Sharon, he is survived by his son Kyle Kraft and daughter, Alyssa Kraft and their mother, Tracy Kraft, all of Plantsville, his twin brother Daniel Kraft of Plantsville and sister, Heather (Kraft) Eyres and her husband Graham of Bristol. He is also survived by 3 nephews, Nathan Kraft, Graham Eyres and Dillon Eyres and one niece, Rebecca Eyres. Brian was predeceased by his maternal grandparents, George and Shirley Shimansky and his paternal grandparents, Lucian Sr. and Gertrude Kraft.

A graveside service will be held at 10: 00 a.m. on Monday, March 9, 2020 at the Beth Alom Cemetery, 48 Allen St., New Britain. Brian’s family will receive family and friends for the 8-day Shivah at their home. Plantsville Funeral Home, 975 S. Main St., Plantsville, has been entrusted with handling the arrangements.  For online condolences, please visit www.plantsvillefuneralhome.com.

To order memorial trees or send flowers to the family in memory of Brian K. Kraft, please visit our flower store.
Send a Sympathy Card