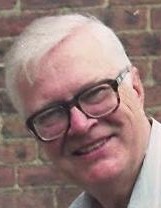 Carl Sokolowski was born to first generation Polish immigrants Carl W. Sokolowski and Agnes (Lewandowski) Sokolowski in Albion, NY. When Carl was four years old, his father found work in Connecticut and moved his family here.  Carl was raised and attended schools in Southington, including both Plantsville and Holcomb Elementary.  Carl, his brother, mother and father survived the Hartford circus fire of 1944 thanks to his father’s calm and quick thinking, escaping by sliding down a tent pole and crawling under the back of the tent.  Carl attended Lewis High School before transferring to the carpentry program at E. C. Goodwin technical school in New Britain.

At the age of 17, and prior to completing high school, Carl enlisted in the US Navy where he served for 10 years, becoming a veteran of World War II and the Korean conflict.  His sea duty was served on the destroyer USS Henley and the communications ship USS Pocono.  Shore postings included San Diego and Norfolk, as well as taking part in one of the first seagoing United Nations peacekeeping forces in East Africa.  His final station was the New York Field Expediting Office at 90 Church Street in New York City where he met his future wife, Ensign Melita Snyder.  Through opportunities provided by the US Navy, he completed his GED and initiated college studies.  Carl was honorably discharged from the Navy in 1956 and returned to Southington.

When Carl returned to Connecticut, he attended and graduated from the law school at Yale University. While attending Yale he volunteered with the Public Defender Association, providing representation for indigent persons accused of crimes.

Carl began his 50-year law career in Washington, DC, working for two years as a government attorney for the United States Office of Education.  He then returned to Southington where he practiced law in private and public practice.  He served as Southington Assistant Town Attorney and Town Attorney before being elected Probate Judge in 1975. Carl was reelected five times and retired from the bench in 1999 after 24 years of service.

Carl loved Southington and served the Southington community in a variety of civic and volunteer activities.

Carl joined the former Bradley Memorial Hospital Board of Directors in 1973, serving six years as Chair and several years as secretary.  During his tenure the hospital expanded its building twice, built the Southington Care Center, the Orchards Assisted Living Center and acquired the Mulberry Gardens Assisted Living Center. When Bradley Memorial and New Britain General Hospitals merged, Carl served as the first Chairman of the Central Connecticut Health Alliance, which governed the combined hospitals. He was named a Director Emeritus in 2011.

Carl was a long-time member of the Rotary Club of Southington, since 1974, where he worked with other Southington civic leaders to exemplify their motto of “Service Above Self.”   He proudly served American Legion Kiltonic Post 72 as Judge Advocate and was a member of the Polish Falcons.

Carl was honored to be selected the Grand Marshall for the Southington Apple Harvest Parade in 1998 and to be recognized and awarded the YMCA Person of the Year recognition in 2005.  In 2012, he was presented the prestigious UNICO Gold Medal of Honor.

Visitation will be held at Plantsville Funeral Home, 975 S. Main St, Plantsville, CT 06479 on Saturday, December 22 from 10:30 am – 12:30 pm with a celebration of life and military honors beginning at 12:30 pm.  In lieu of flowers, the family gratefully requests contributions be made to Southington Care Center Patient Activities Account, 45 Meriden Ave., Southington, CT 06489, or Bread for Life, 31 Vermont Ave., Southington, CT 06489. For online condolences and directions, please visit www.plantsvillefuneralhome.com.

To order memorial trees or send flowers to the family in memory of Carl J. Sokolowski, please visit our flower store.