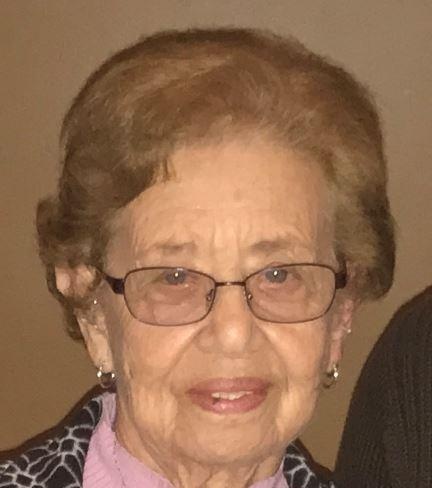 Carrie (Martorano) Puleo, 93, of Southington and formerly of Barnegat, New Jersey, passed away on Sunday, April 5, 2020 at Hartford Hospital. She had been the beloved wife of the late Philip Puleo for 65 years before his passing in 2014.

Carrie was born on October 8, 1926 in Newark, New Jersey to the late Vincent Martorano Sr. and Caterina (Scardina) Martorano. She had been a longtime resident of Barnegat, New Jersey before moving to Connecticut in 2014 after the passing of her husband Phil.

Carrie was kind and caring. She had a strong faith in God and centered her life around the love she had for her family. She will be dearly missed by all of those who loved her.

She was predeceased by two brothers, Ben Martorano and his wife Connie and Russell Martorano, her sister, Theresa Martorano and sister-in-law, Violet “Honey” Martorano.

Donations in Carrie’s memory may be made to St. Aloysius Church, 254 Burritt St, Plantsville, CT 06479.

Due to the current coronavirus concerns, services are private. Burial will be held in BG William C. Doyle Veterans Memorial Cemetery, Wrightstown, New Jersey. A memorial Mass will be held at a later date.  Plantsville Funeral Home has been entrusted with handling the arrangements. For online condolences, please visit www.plantsvillefuneralhome.com.

To order memorial trees or send flowers to the family in memory of Carrie Puleo, please visit our flower store.