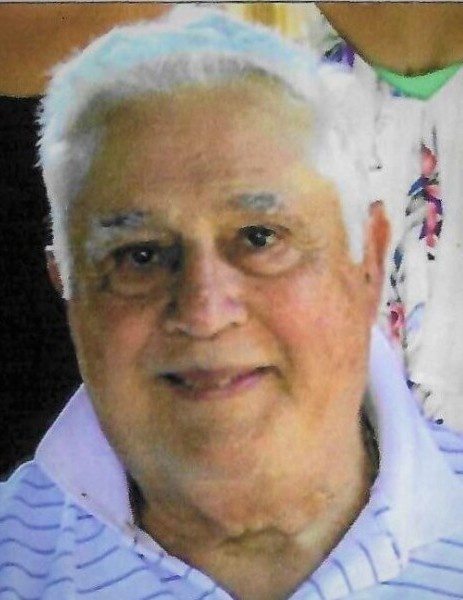 Cataldo “Cal” P. Leone, 89, of Southington, beloved husband of Barbara (Ziolkowski) Leone, passed away at home peacefully and surrounded by the love of his family on Saturday, May 29, 2021.

After receiving his Bachelor of Science degree in Business Administration from City College in NY, Cal was drafted to play professional baseball for the Baltimore Orioles. The following year, he was drafted again, but this time it was into the U.S. Army. When his athletic talents were realized by the U.S Army, he was called upon to play for the Army team where he traveled throughout Europe. Cal also shared his knowledge and talent of baseball by coaching and teaching little league to children in Italy. Upon his honorable discharge, Cal returned stateside and became the manager of Sears North East Division in Albany, NY.

Cal was a quiet man, but he was always called upon to speak at special occasions. He loved movies, going out to eat, baseball, golf, traveling, being a snowbird and in his own words, there was, “Nothing better than Absolute on the rocks with stuffed olives.” Cal was an avid New York Yankees and UCONN men and women’s basketball fan.

In addition to his wife, Barbara of 30 years, Cal is survived by his daughters, Marianne Oshana of Plantsville, Patti and her husband Anthony Volpe of Wallingford, his son, Philip Leone of PA, and his daughter in law, Lisa Leone, Laura Molusis and fiancé Mark McGrath of Burlington, Linda and her husband William Dixon of Plainville, and 12 grandchildren; Mitchell Oshana and his fiancé Katie Manente, Jessica Volpe and her fiancé Kyle Shea, Sarah Volpe, A.J. Volpe, Kevin Cohen and his fiancé Danielle Marr, Jordyn Leone, Cameron Leone, Krista Molusis, Kimberly Molusis, Megan Dixon, Danielle Dixon and Timothy Dixon. Cal is also survived by his brother and sister in law Mitch and Claire Ziolkowski, and his former wife, Patricia Hext.

In lieu of flowers, donations in Cal’s memory may be made to VITAS Hospice of Connecticut, https://vitascommunityconnection.org/.

A Mass of Christian Burial will be celebrated at 11:00 a.m., on Wednesday, June 2, 2021 at St. Dominic Church, 1050 Flanders Rd., Southington. Burial will held privately and at the convenience of the family. For online condolences and directions, please visit www.plantsvillefuneralhome.com

To order memorial trees or send flowers to the family in memory of Cataldo "Cal" P. Leone, please visit our flower store.