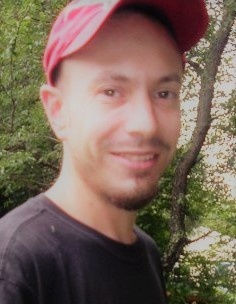 Charles H. Dennett Jr., 35, of Southington and formerly of Pawcatuck, passed away unexpectedly on Wednesday, March 22, 2017 at his home. He was a loving son, beloved brother and favorite uncle.

Chuck was born on August 25, 1981 in Westerly, RI. He was a Southington High School graduate, Class of 1999. He worked at Supreme Lake Mfg., Stewart EFI, Tylaska and Jim’s Lawncare. Chuck loved the New Haven Nighthawks, Hartford Whalers, Boston Red Sox and fixing cars. He was kindhearted and would help anyone at any time. He was also an avid cat and dog lover. Chuck will be deeply missed by his extensive list of friends and family members.

Chuck is survived by his mother Rhonda St. Martin and stepfather Ed of Southington, his father Charles Dennett and paternal grandmother June Dennett, both of Pawcatuck; two brothers, Stephen Dennett and Jen of Deltona, FL and Benjamin St. Martin of Southington; two wonderful nephews, Bryce and Kayden Dennett, who he loved to hang out with and his “unofficial” adopted brother, Steve Schilling and his girlfriend Angela. He was predeceased by his aunt Linda Socha, maternal grandparents, Barbara and Ronald Bates and paternal grandfather, Ed Dennett.

A funeral service will be held at 5 p.m. on Sunday, March 26, 2017 at the Plantsville Funeral Home, 975 S. Main St., Plantsville. Burial will be private and at the convenience of the family. Calling hours will be held before the service from 2 – 5 p.m. at the funeral home. For online condolences and directions, please visit www.plantsvillefuneralhome.com.

To order memorial trees or send flowers to the family in memory of Charles H. Dennett Jr., please visit our flower store.