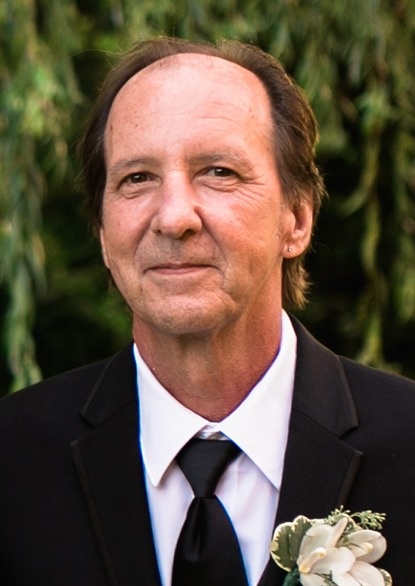 Charles "Charlie" E. Whelan, 69, of Southington, passed away on Monday, May 2, 2022 at St. Francis Hospital in Hartford.

Charlie was born on November 17, 1952 in Manchester, CT to the late Charles and Mary (Fetko) Whelan.

He graduated from Cheney Technical School. His love for tropical fish and aquariums led him to owning and operating Aquaman Aquarium Services for over 25 years. He always had tanks of his own filled with an array of colorful and unique tropical fish, his favorite being the Blue Tang. Charlie loved animals of all kinds and had a special bond with his beloved late Afghan Hound, Cleo.

Charlie’s passion was music. He once said, “Music helps with any type of stress, and being able to play music lets you truly get lost in it!” He was always adding to his ever-growing guitar and amplifier collection. Some of his favorites from his collection included his Fender Stratocaster, which he hand painted, his Brian May Red Special, and his Vox Amps, especially his AC30. Along with collecting musical equipment, he was also a talented guitar player and was a former member of the band No 1 U No. His all-time favorite band was Queen and he knew and could play every song. When he wasn’t playing guitar, he loved building war aircraft and ship models, spending countless hours perfecting every detail.

Charlie especially enjoyed spending time with his daughters and was always there to support them, from helping them practice their softball skills as kids to attending recitals and everything in between. The girls have fond memories of growing up tagging along with him for his jobs wearing custom Aquaman shirts he had made and learning all about different kinds of fish and aquarium maintenance. Charlie’s love for music always influenced his girls and fueled their love for music as well.

They have amazing memories of learning how to play guitar from him. He was so dedicated to their music and education, he even went out and took piano lessons so he could play piano accompaniment when Ashley began playing the violin in school.

Charlie will always be remembered as a loving, kindhearted father, grandfather, and person. He cared deeply for his family and friends and was always willing to do anything for anyone in need.

Charlie is survived by his two daughters, Ashley Cuccio and her husband Joseph of Valley Cottage, NY and Stephanie Whelan and Matt Gallagher of Southington, and one cherished grandson, Greyson. He is also survived by his sister, Maureen Taillon of Colorado, and his niece, Sheryl, and nephew, Michael. In addition to his parents, Charlie was predeceased by his sister, Susan Whelan and his niece, Christine Morsey.

To order memorial trees or send flowers to the family in memory of Charles E. Whelan, please visit our flower store.