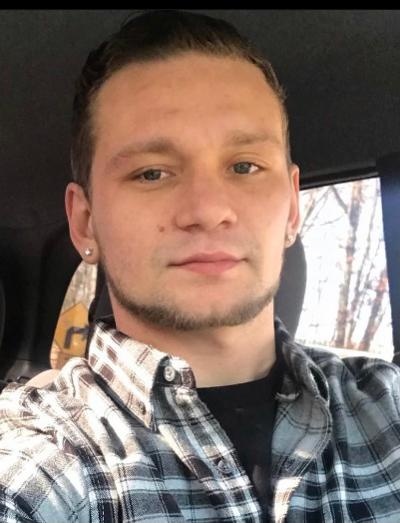 Corey K. Cyr, 24, of Southington, passed away unexpectedly at his home on May 5, 2021. He was born on January 10, 1997 in Farmington, CT to Lisann (DeRosa) Cyr and Kenneth Cyr. Corey was a loving son, brother, uncle, grandson and friend.

Corey was a jack of all trades. He enjoyed BMX biking, snowmobiling, snowboarding, quadding and fast cars. He loved animals, especially his dogs Ella and RJ and his cat, Salem. Corey liked sports and played football from the youth flag league up to the freshman football team at Southington High School and was also on the travel basketball team for two years. He will be remembered for his big heart, being kind and a great friend to many.

Corey is survived by his mother, Lisa Cyr of Oxford and father, Kenneth Cyr and Tracie Morelli of Southington, girlfriend of 10 years, Alyssa Mroczka, two brothers, Ryan Siegel and his wife Natasha of Plymouth, Zachary Cyr of Rocky Hill, his sister, Taylor Gravel and her husband Jimmy of East Lyme, and his nephew Wyatt and niece, Lacey. He is also survived by his maternal grandfather, Nicholas De Rosa Jr. of Southington, paternal grandmother, Marie Cyr of Southington and uncles, Nicholas De Rosa III of TX, Michael De Rosa and his wife Denise of Oxford, Gary Cyr and wife Tammy of NY, Alan Cyr and wife Lisa of Plainville and Mike Cyr and his wife Judy of Southington and several cousins. Corey was predeceased by his paternal grandfather, Alphy Cyr, maternal grandmother, Rosemarie De Rosa and his uncle, Scott De Rosa.

In lieu of flowers, donations to honor Corey may be made to his Facebook Fundraiser, https://www.facebook.com/donate/144780804286234/?fundraiser_source=external_url

A funeral service will be held at 11:00 a.m. on Tuesday, May 11, 2021 at the Plantsville Funeral Home, 975 S. Main St, Plantsville. Burial will follow in Oak Hill Cemetery, Southington. Following services for Corey, relatives and friends are invited to 56 Judd St. in Terryville for a celebration of life. Walk-through calling hours will be held before the service from 9 – 11:00 a.m. at the funeral home. Face masks are required at all times. For online condolences and directions, please visit www.plantsvillefuneralhome.com.

To order memorial trees or send flowers to the family in memory of Corey K. Cyr, please visit our flower store.