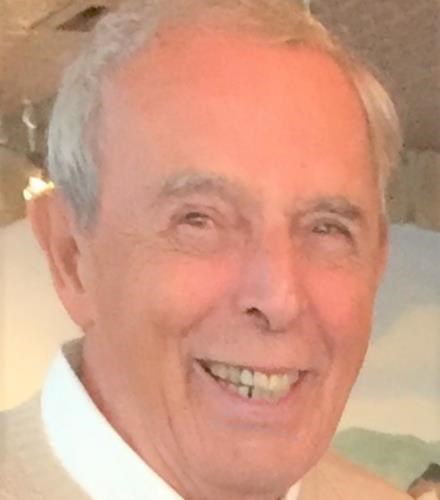 Dominic David DiNeno, Jr. passed away surrounded by his loving family on March 30, 2022 in Naples, Florida. He was born August 3, 1939, in Hartford, CT, son of the late Dominic David Sr. and Priscilla Nina (Dawkins).

Dominic was raised in East Hartford, CT and graduated from East Hartford High School in 1957. He then went on to the University of Connecticut where he graduated in 1961 with a bachelor's degree in accounting with the highest average in the accounting program and played baseball for their varsity program. He married his wife, Gail Ann (Meegan), fondly known to Dom as Gazie, on August 6, 1960, and eventually settled in Plantsville, CT where they raised their five children. After retirement, Dominic and Gail moved to Wakefield, Rhode Island. Dominic had been the co-owner and treasurer of Lori Lock in Southington, CT until his retirement. Prior to this position, he was the Corporate Controller at Superior Electric in Bristol, CT. His first job as a CPA was at Peat Marwick Mitchell in Waterbury and Hartford, CT. He was a former Board of Finance Chairman in Southington and served as the president of the United Way and treasurer of the Central Connecticut Chapter of the UCONN Alumni Association.

He played tennis, baseball and softball and coached his sons' youth league teams. He played in the men's softball leagues in Southington, CT, Englewood, FL and Naples, FL until the age of 75. He was an avid Red Sox fan since childhood and a big supporter of the UConn Huskies men and women's basketball teams and attended several Final Four tournaments with his wife and close friends.

Surviving in addition to his wife are his two daughters and their husbands, Joyce and Richard Topshe of Wakefield, RI, Debi and Brian Solomon of Middlefield, CT and three sons and their wives, Chris and Stacy of St. Petersburg, FL, David and Keri of Wakefield, RI and Keith and Janet of Bristol, CT. He is also survived by his thirteen cherished grandchildren Jason (Gabi) Topshe, Keri (Ryan) Baker, Jeffrey (fiancé Maya) Solomon, Justin (Alexandra) Solomon, Kristy Solomon, Christopher (Chelsea) DiNeno, Alexaundra DiNeno, Lucas Altmann, Amanda Altmann, David and Erika DiNeno, Kolbe and Ellesse DiNeno. He was grateful for the time he had with his three great grandchildren, River and Raiden Topshe and Boden Baker. Dominic also leaves behind his siblings who were able to spend precious time with him before he passed, Corrine O'Brien of West Palm Beach, FL, William and Mary DiNeno of Naples, FL and Patricia and John Rakauskas of East Hartford, CT along with several cousins, nieces and nephews.

We thank God for His mercy in calling Dom home to be with Him and allowing him to once again join his parents and special friends that have passed before him. A funeral service will be held on Saturday, April 30 at 10:00 am at St. Aloysius Church, 254 Burritt Street in Plantsville, CT. Those who wish to remember Dominic in a special way may make gifts in his memory to either the Alzheimer's Association online at act.alz.org or the Glen Solomon Scholarship Fund through TD Bank in Southington, CT.

To order memorial trees or send flowers to the family in memory of Dominic D. DiNeno, please visit our flower store.
Send a Sympathy Card