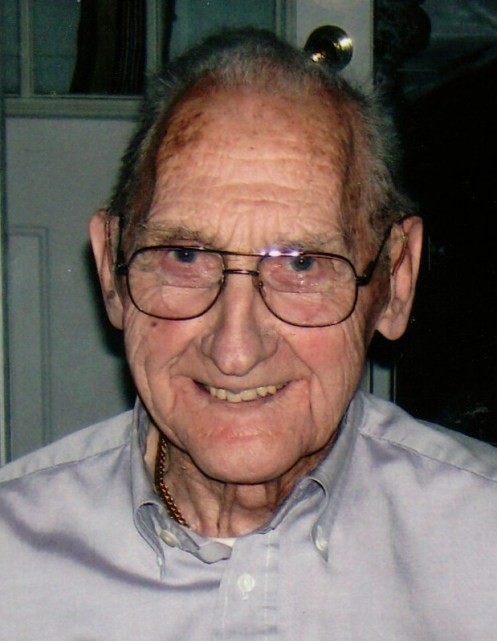 Donald A. Flaherty, 95, of Southington, passed away peacefully surrounded by his family on Friday, Sept. 21, 2018 at the Village Green of Bristol. He had been the loving husband of the late Susie (Scott) Flaherty for 47 years.

Born on February 15, 1923 in Centerville, Maine to the late Gerald and Hattie (Allen) Flaherty, he had been a longtime Southington resident.

Donald proudly served in the United States Army during WWII. As a young man, he worked for his brother’s trucking company, worked in the woods cutting lumber, waited tables, enjoyed his position as an assistant funeral director and eventually moved to Hartford with his oldest brother where he got a job at Colt Firearms.  Donald then took a job at Doucette & Archibald where he worked as a commercial painter until his retirement. Donald was a great provider for his family.  When he wasn’t working, he loved spending his free time fishing on his boat with his wife Susie. After his retirement, Donald joined the Calendar House and enjoyed lunches with his friends at their special table.

In addition to his wife Susie, he was predeceased by a grandson, James Edward Wishart and three siblings, Roland Flaherty, Hazel Matthews and Stanley Flaherty.

Donald’s family would like to thank the entire staff at the Village Green of Bristol, especially Bebe, Dr. Yeboah and his very special aid, Lisa for their compassion and excellent care during his stay with them.

A funeral service will be held at 11:30 a.m. on Tuesday, Sept. 25, 2018 at the Plantsville Funeral Home, 975 S. Main St., Plantsville. Burial with military honors will follow in Oak Hill Cemetery, Southington. Calling hours will be held before the service from 10 – 11:30 a.m. at the funeral home. For online condolences and directions, please visit www.plantsvillefuneralhome.com.

To order memorial trees or send flowers to the family in memory of Donald A. Flaherty, please visit our flower store.
Send a Sympathy Card