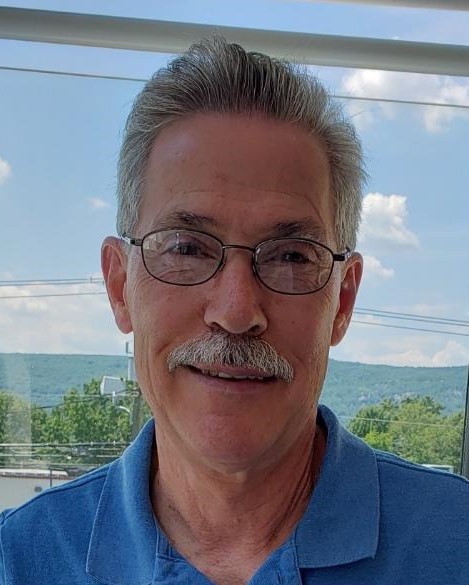 Donald T. Johnson, 67, of Southington, passed away suddenly on Tuesday, September 15, 2020 at the HOCC New Britain. He had been the loving husband of Elizabeth “Liz” (Kobylarz) Johnson.

Donald was born in Castine, Maine on July 4, 1953 to the late Richard and Rosellen (Ordway) and had been a longtime Southington resident.

Donald proudly served his country in the U.S. Air Force during the Vietnam Era.

He worked as a lead mechanic at Pratt and Whitney for over 35 years. Don loved motorcycle rides and cars, especially corvettes. He could fix anything and enjoyed tinkering with his toys. He loved animals, the Red Sox and NASCAR. Don will be remembered for being a genuine man who always did the right thing. Most of all, Don was a proud father and adored his grandchildren.

In addition to his wife Liz, he is survived by four children, Donald T. Johnson of Bristol, Mark Johnson and his wife Danielle of Plainville, Jennilyn Moros of New Britain, Kyle Moros and his wife Colleen of Kensington and 2 precious grandchildren, Summer and Mason. He is also survived by his siblings, Doug and Joan Johnson of Old Saybrook, Jen Johnson and Jim Miller of Florida, Richard Johnson Jr. of East Haven, Lee and Kathy Johnson of Plantsville and Neal Johnson of Plantsville and many nieces and nephews.

In lieu of flowers, donations in Don’s memory may be made to the CT Humane Society, 701 Russell Rd, Newington, CT 06011.

Calling hours will be held on Sunday, September 20, 2020 from 12 noon to 2 p.m. with a military service at 2 p.m. at the Plantsville Funeral Home, 975 S. Main St, Plantsville. For online condolences and directions, please visit www.plantsvillefuneralhome.com.

To order memorial trees or send flowers to the family in memory of Donald T. Johnson, please visit our flower store.