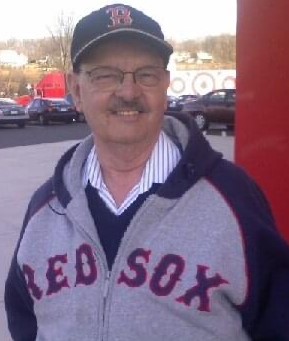 Pops, Ompa, Grandpa, the best dad ever, Earl R. Affhauser, Sr. 79, passed away peacefully on August 25th at Apple Rehab in Plainville after a long, hard fought battle with cancer. Earl was born on July 28, 1941 in Waterbury, Connecticut, the fourth of 10 children, to the late William and Ruth (Brownell) Affhauser.

Earl was a CNC machine operator at Pratt and Whitney for over 40 years, retiring in 1996.   He was a mentor to many over the years. He was the President of the Bucks Hill Community Club in Waterbury, and a proud Cub Scout and Boy Scout Leader. Earl coached baseball to a bunch of “Sandlot Kids” at Bucks Hill to become a winning team called the Yankees but was an avid Red Sox and Brooklyn Dodgers fan. He loved to make people laugh and be the center of attention. Earl was known for “thinking he’s an amazing singer for only being 22 years old,” and his “Naughty Nighty” and “Neil Diamond” skits. He enjoyed spending time with family, as his family always came first. His most loved and cherished role was becoming a grandfather. All of his grandchildren brought so much love and happiness to his life.

Earl will be immeasurably missed by his sons, Earl Affhauser, Jr. and fiancé, Diane Wachtel Wilson of Waterbury, and Michael and Kerri (Gorr) Affhauser of Southington, his grandchildren:  Zachary Affhauser, Hayley Affhauser, Erin Maurice and Christopher Banaszek, and Richie and Ashley Tanguay, and his great- grandchildren, Ashleigh Maurice and Gavin Maurice. Earl is also survived by brothers: Robert Affhauser, William Affhauser, and Edward Affhauser, sisters: Marsha Muir, Shirley Montory and Doris Affhauser, and many nieces, nephews and countless friends he made along the way who became family.

In addition to his parents, Earl was predeceased by the love of his life of 54 years, Adeline (Dufour) Affhauser, daughter in law, Connie (Krivicky) Affhauser, his two brothers, Richard and Ronald Affhauser and his sister, Gladys Affhauser.

A private farewell service for Earl will be held at the convenience of his family. A Celebration of Earl’s life will be held at a date and time to be announced. Plantsville Funeral Home has been entrusted with handling the arrangements. For online condolences, please visit www.plantsvillefuneralhome.com

To order memorial trees or send flowers to the family in memory of Earl R. Affhauser, Sr., please visit our flower store.
Send a Sympathy Card