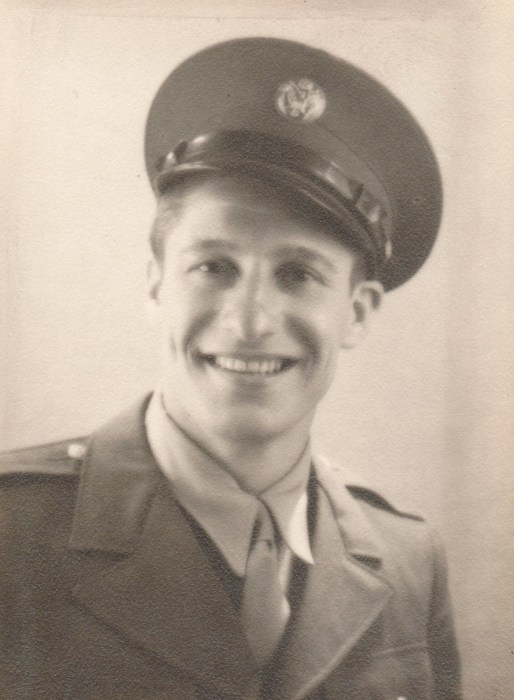 Edmund J. Sterniak, 100, of Southington, beloved husband for 72 years to the late Sophia “Sue” Sterniak, passed away peacefully while surrounded by his family on May 30, 2017.

Born in Naugatuck, CT on August 11, 1916, son of the late Joseph J. and Mary (Dutkowska) Sterniak, Ed graduated from Naugatuck High School where he participated in all sports.  In 1936 he was the captain of the basketball team and organized the golf team.  Ed was also Vice President of the Junior and Senior High School Classes.  He attended Providence College in Rhode Island on football and basketball scholarship until he returned to CT so he could provide financial support to his parents.

Ed played on the US Rubber Company basketball team, winning the 1937 State Industrial Championship.  He also played semi-pro football in Naugatuck and Waterbury.

Ed served in the US Army-Field Artillery 86th Blackhawk Division, in WWII.  Upon returning to Southington, Ed was a part-time Physical Education Instructor at the YMCA.  He was appointed Supernumerary Police Officer, and was a member of the Town Safety Committee from 1945-1948.

On March 1, 1949, Ed passed the entrance exam and was appointed by Commissioner Edward j. Hickey to attend the Connecticut State Police Academy in Bethany, graduating in June.  Ed completed “on the job” highway safety and assorted departmental assignments with Ford cruisers and Harley Davidson motorcycles, under Captain Ralph Buckley and Sgt. Vernon Gedney.  On November 3, 1949, Ed was assigned to the Canaan barracks, where he was allowed to go home one day per week.

In 1951, he was reassigned to the Hartford barracks.  He worked under five different commanders, conducting assorted duties including highway safety, patrolling the Berlin turnpike, before traffic light control, and plain clothes detective investigations.  He was substitute chauffeur for Commissioner E.J. Hickey, Judges Molloy and Cotter, Secretary of State Mildred Allen and Governor Abraham Ribicoff.  In 1955, he was marooned/lived in his cruiser for five days in Collinsville until the US army Corp of Engineers constructed a Bailey Bridge over the Farmington River.

He received many meritorious citations for outstanding police service and retired as a Sergeant after 22 years with the Connecticut State police Department.  He then accepted the position of Fire Prevention Supervisor was assistant to his CSP “boss” Carroll E. Shaw, who was hired as Yale University’s first Fire Marshal in October 1969 to set up a Fire Prevention/protection program as the University, after the Art and Architecture Building fire in 1968.  Shaw’s contract with Yale ended in 1972 and Sterniak became Yale’s second Fire Marshal after Shaw’s departure.  As the University Fire Marshal, Sterniak conducted all fire investigations/inspections of all Yale University buildings in New Haven, working with eh New Haven Fire marshal and building departments.  He also checked Yale University properties in other CT towns and in NY.

Ed was also a member of Immaculate Conception Church in Southington, CT since March 1943.  He served on the first Parish Council under Rev. Theodore Gubala.  While in FL for the winters, Ed was a ‘Snowbird Parish Member” at Prince of Peace Church in Sun City Center, FL, where he served as Recording Secretary for the Sun City Center Polish American Club for 6 years.

Besides his loving wife, Sophia, who predeceased him in 2015, Ed is survived by his devoted family; son Edmund, Jr. of Southington, son Ronald and wife, Nancy of Canton, MI, daughter, Susan, who returned to Southington after 31 years in CO, grandson, Jeffrey and his wife, Diana in MI, grandson, Joel, a PA state trooper and wife, Kelly; and great-grandchildren, Lucas, Erica, and Verity of MI.  Ed is also survived by his last remaining sibling, Ann, widow of Victor Verbyla.  Additional nieces, nephews, and cousins live in Southington, Naugatuck, North Carolina, Florida, New York, New jersey, and Maine.

To order memorial trees or send flowers to the family in memory of Edmund J. Sterniak, please visit our flower store.
Send a Sympathy Card