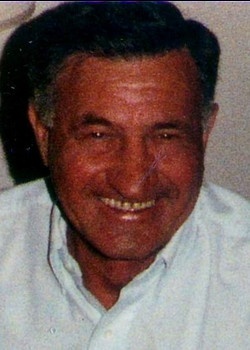 Edward was born April 8, 1923 in Southington to the late Louis and Angelina (Grattiola) DellaBitta. He was the beloved husband of Isabelle (Leahey) DellaBitta for 63 years.

Edward was a veteran of World War II, having served his country in the U.S. Coast Guard. Upon his return, he entered the construction field and with his brothers and a family friend, formulated DellaBitta-Bassola Construction Company Inc., which built many bridges throughout the state of Connecticut. His entrepreneurial spirit continued with numerous business ventures. He was a founder and director of Citizen's National Bank and owned and operated Simone Brothers Oil Company in addition to numerous real estate ventures.

He was an avid fisherman and when in Florida, he was on his boat every day. He loved to travel and visited family and friends in Italy every year.

In addition to his wife Isabelle, Edward is survived by his son Thomas DellaBitta and his wife Lynda of Marion, CT, his daughter Nancy King and her husband Donald of Carlisle, MA; his brother Frank DellaBitta of Louisiana and his grandchildren: John and Lindsey King; Thomas Jr. and his wife Ashley and Andrea DeLuca and her husband Frank. He was also blessed with his great-granddaughter Alana. He was predeceased by 4 brothers: Aldo, Andrew, Louis, Albert and his sister Anna.

Donations in Edward's memory may be made to Southington Care Center, 45 Meriden Ave., Southington, CT 06489.

Funeral services were held privately and at the convenience of the family. Plantsville Funeral Home has been entrusted with handling the arrangements. For online condolences, please visit www.plantsvillefuneralhome.com.

Funeral services were held privately and at the convenience of the family. Plantsville Funeral Home has been entrusted with handling the arrangements.

To order memorial trees or send flowers to the family in memory of Edward J. DellaBitta, please visit our flower store.
Send a Sympathy Card