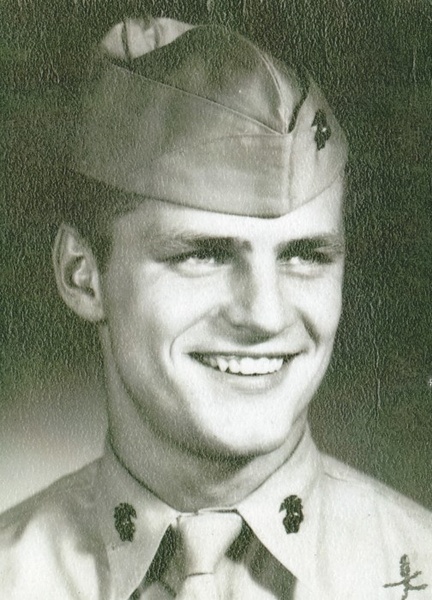 Edward J. Knapp, 87, lifelong resident of Southington, passed away on March 8, 2020. He was the devoted husband to Gladys (Uliasz) Knapp for 67 years. He was a graduate of Lewis High School where he led his football team to the state championship. After high school, Ed joined the Marine Corps in 1950. He was the proudest U.S. Marine to serve in the Korean Conflict.

Ed was an avid fan of the NY Yankees and the Green Bay Packers. He and Gladys enjoyed many years vacationing at their Maine and Florida homes.Ed retired from the Department of Corrections as a corrections officer after more than 25 years, and then enjoyed his job at Otis Elevator as a security guard.

In addition to his wife Gladys, he is survived by his two daughters, Charlene Valente and Ann Cole, and son-in-law George Cole. His greatest joy in life were his 5 grandchildren: Andrea Colon and her husband Dave, Anthony Valente, Bridgette Lee and her husband Chris, Rebecca Graham and husband Brett, Mark Cole and his wife Kelly. He also had 7 great-grandchildren and 1 great-great grandson who all lovingly called him “Poppy” and also several nieces and nephews. He was predeceased by three sisters and three brothers.

A funeral service will be held at 10:30a.m. on Friday, March 13, 2020 at the Plantsville Funeral Home, 975 S. Main St., Plantsville. Burial will follow in Immaculate Conception Cemetery, Plantsville. Calling hours will be held Thursday, March 12, 2020 from 4-6:00p.m. For online condolences and directions, please visit www.plantsvillefuneralhome.com.

To order memorial trees or send flowers to the family in memory of Edward J. Knapp, please visit our flower store.