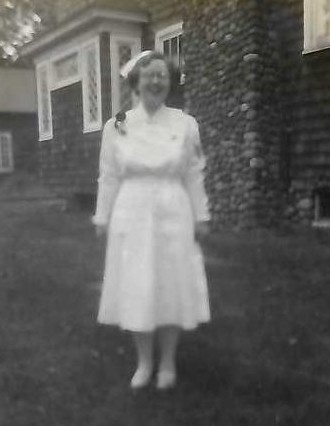 Elizabeth O. Stuart, 91, of Southington, passed away peacefully on February 8, 2021. She was born in Southington, CT on June 13, 1929. She was the valedictorian of the class of 1947 at Lewis High School in Southington, CT and went on to study nursing at the Nursing School at Hartford Hospital. She graduated in 1950 and spent her whole working career as a pediatric nurse at Hartford Hospital. Most of her time there was on the night shift. She worked there for 33 years until retiring at age 55 in 1984 and she was able to have a comfortable retirement that lasted longer than her working years.

Elizabeth was a longtime, devoted member of the First Baptist Church in Southington. She met many wonderful people there over the years. She did a lot of traveling in her younger years and saw many interesting places in her travels, Both within the US and outside the US. One of her favorite activities was eating out at restaurants. She loved many a restaurant in her life. She was also an avid reader her entire life. She most loved mystery novels. and loved to watch TV shows. NCIS was a longtime favorite. She loved going to the movies.

Elizabeth was very devoted to her family. She was a great daughter to her parents, a great sister to her two sisters Jean and Helen and a great aunt to her nephew Stuart and her niece Trish. She considered friends Lynn Saucier and William Mariano part of her family. They both joined in on recent family celebrations such as Christmas, Thanksgiving, and birthdays.

Elizabeth lived in her ancestral home in Southington until she moved to a senior apartment at the Orchards in Southington in 2010. She received great care from the staff there. The family would like to thank the staff at the Orchards for all they did for Elizabeth. Although declining physically in her later years, she remained mentally sharp her whole life and stayed in good enough shape to go out to eat or to the movies.

A funeral service will be held at 12 noon on Monday, February 15, 2021 at the Plantsville Funeral Home, 975 S. Main St, Plantsville. Calling hours will be held before the service from 11 a.m. – 12 noon at the funeral home. Face coverings and social distancing are required at all times. To join the services virtually and for online condolences, please visit Elizabeth’s memorial page at www.plantsvillefuneralhome.com

To order memorial trees or send flowers to the family in memory of Elizabeth O. Stuart, please visit our flower store.
Send a Sympathy Card