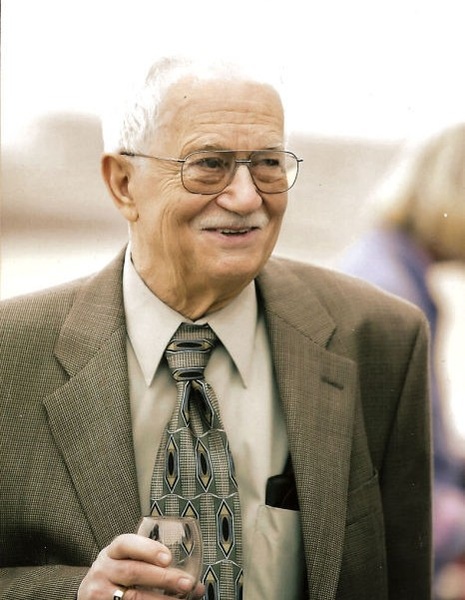 Eugene R. Bystrak, 89, of Southington, beloved husband for 66 years of Joanne (Parciak) Bystrak, passed away on Wednesday, March 18, 2020 in the company of family.

Born in New Britain on December 31, 1930, son of the late John and Jennie (Bober) Bystrak, he had been a longtime resident of Southington. Eugene proudly served and was honorably discharged from the United States Marine Corps during the Korean Conflict. He retired from Pratt and Whitney in Southington after many years of service. Eugene loved spending time with his family, gardening and woodworking.

In addition to his wife Joanne, he is survived by his sons; Paul Bystrak and his wife Carolyn and Eugene Bystrak Jr. and his wife Jill Corvese; grandchildren, Alysson (Bystrak) Campbell and her husband Corte, Alexander Bystrak, Kristina Bystrak and Tamara Bystrak; one great-grandchild, Xavier Campbell; niece and godchild, Linda (Bystrak) LaMadeleine and her husband Robert and many other nephews and nieces. Eugene was predeceased by his sister, Dorthy Kotrady; his brother John Bystrak Jr. and his wife Vivian; his nephew, Gary Bystrak and his grand-nephew, Todd LaMadeleine.

In lieu of flowers, memorial donations may be made to a charity of the donor’s choice. Funeral services will be postponed due to coronavirus concerns. Plantsville Funeral Home has been entrusted with handling the arrangements.  For online condolences, please visit www.plantsvillefuneralhome.com.

To order memorial trees or send flowers to the family in memory of Eugene R. Bystrak, please visit our flower store.