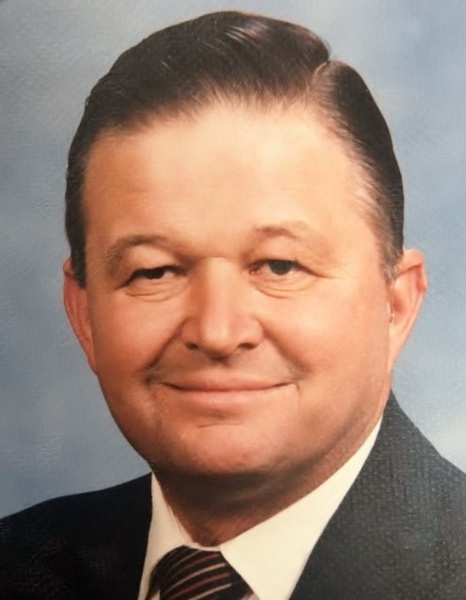 Frederick E. Kuhr, 81, of Southington, passed away unexpectedly on Monday, August 26, 2019 in Griswold, CT. Frederick was the devoted husband of Elke (Bäuerle) Kuhr for 53 years.

Born on October 12, 1937 in Waterbury, CT to the late Ernst and Dora (Richter) Kuhr, he was a lifelong Southington resident.

After high school, Freddie was drafted and proudly served his country in the U. S. Army. He then earned his degree in Horticulture from UCONN. He established Evergreen Nursery in 1960 with the goal of “beautifying the outdoors” and proudly served the local community for over 50 years. Freddie also enjoyed raising and herding sheep with his family and friends.

He was an active member of the Masonic Friendship Lodge No. 33, the Southington Elks Lodge No. 1669, a Lieutenant Governor for his Kiwanis Club district and a member of the Sphinx Shriner’s. He was a former Bank Director at Southington Savings Bank and a Past President of the German American Society.  Freddie was a proud member of the Connecticut Tree Protectors Associations (CTPA) and also volunteered as a firefighter in Southington for many years. Freddie will be remembered for his contagious laugh, dynamic personality, and unique sense of humor.  He had a generous spirit and always believed in family first.

In addition to his loving wife Elke, he is survived by his son, Eric F. Kuhr of Southington, two daughters, Rebecca Isaacson and her husband Todd of Middletown and Carolyn E. Kielma and her husband Michael of Wolcott and 7 grandchildren: Sarah, Rachel, Ryan, Alexander, Julia, Teddy and Henry. He is also survived by his sister, Heidi Bittner and brother, Walter Kuhr and his wife Roberta, all of Southington along with many nieces and nephews. He was predeceased by his sister Loretta Miron and two brothers-in-law, Michael Bittner and Francis “Shy” Miron.

In lieu of flowers, donations in Freddie’s memory may be made to the Shriners Hospitals for Children, P.O. Box 1525, Ranson, WV 25438 or via lovetotherescue.org

A celebration of Freddie’s life will be held at 11 a.m. on Saturday, Aug. 31, 2019 at Zion Lutheran Church, 531 Woodruff St., Southington. Burial will private and at the convenience of the family. Calling hours will be held before the service from 9 – 11 a.m. at the church. For online condolences, please visit www.plantsvillefuneralhome.com.

To order memorial trees or send flowers to the family in memory of Frederick E. Kuhr, please visit our flower store.