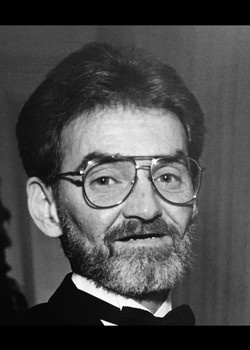 Gardner A. Corey, of Southington, passed away peacefully surrounded by his family on April 20, 2016. He was the husband of Charlene Corey for 40 years.

Gardner was born on December 28, 1949 in Bristol, VA to the late Lorraine Flaherty and Basil Moran. He was a proud Vietnam veteran who enjoyed fishing, woodworking and making his family laugh.

In addition to his wife Charlene, Gardner is survived by his three children: Melissa Corey of Lewiston, ME, Tony Corey and his wife Amy of Plantsville and Stephanie Skitromo and her husband Brad of Plainville. He was the loving grandfather to Micheal, Adrianna, Vanessa, Angelina, Jordan, Madelyn, Devon, Rion and Greg and a great-grandfather of four.

Gardner is also survived by his sisters, Melinda Moran and Michelle Bellanceau, his brother James Jones and many loving relatives and friends. He was predeceased by his brothers, Roland Jones and Greg Moran and his sister, Sharon Shaw.

In lieu of flowers, donations in Gardner's memory may be made to the Connecticut Humane Society, 701 Russell Rd., Newington, CT 06111.

To order memorial trees or send flowers to the family in memory of Gardner A. Corey, please visit our flower store.