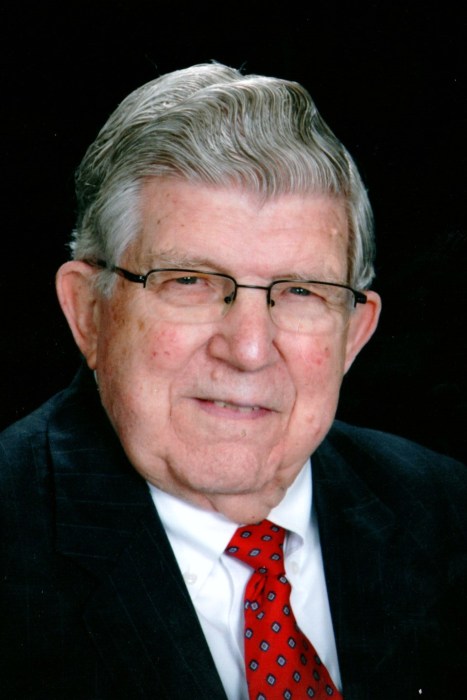 George D. Moore, 90, of the Plantsville section of Southington, passed away peacefully surrounded by his family on Thursday, January 4, 2018 at his home.

Born on June 19, 1927 in Pittsburgh, PA to the late Harold and Gladys (Dunbar) Moore, he had been a longtime Plantsville resident.

George proudly served his country in the U.S. Navy, during WWII as an Aviation Electronic Tech Mate 3rd class. He graduated from Yale University in 1950 and was a member of the Mensa Club. He spent his career at Raymond Engineering, retiring as a senior engineer on January 2, 1993. After his retirement, George volunteered at Bradley Memorial Hospital where he met his wife Rosie. George was a member of the Masons, Friendship Lodge 33, where he served as Past Master and a former treasurer.

George was the loving husband of Rose Marie Calvo for 15 years. He was married to his late wife, Irene (Michonski) Moore for 37 years and had 4 children. He is survived by his daughter, Kimberly O’Hala and her husband Joseph Michael of Southington; 5 grandchildren: Daniel Henderson of Middlefield, Eric O’Hala and his wife Deidre, Craig Henderson and Pam Yorski, Sarah Ebaugh and her husband Trevor and Michelle O’Hala, all of Southington; 3 great-grandchildren, Anthony and Joey Henderson and Zoey Ebaugh and his most faithful companion, Archie. He is also survived by his sister Mary Ellen Patrick of Highland Ranch, CO. He was predeceased by two sons, Craig R. Moore and Dwight A. Moore and his daughter Lori Jean Mingrino..

In lieu of flowers, donations in George’s memory may be made to the Connecticut Freemasons,  69 Masonic Ave., Wallingford, CT 06492.

A memorial service with military honors will be held at 4 p.m. on Sunday, January 14, 2018 at the Plantsville Funeral Home, 975 S. Main St., Plantsville. Burial will be private and at the convenience of the family. Calling hours will be heled before the service from 2 – 4 p.m. at the funeral home. For online condolences and directions, please visit www.plantsvillefuneralhome.com.

To order memorial trees or send flowers to the family in memory of George D. Moore, please visit our flower store.