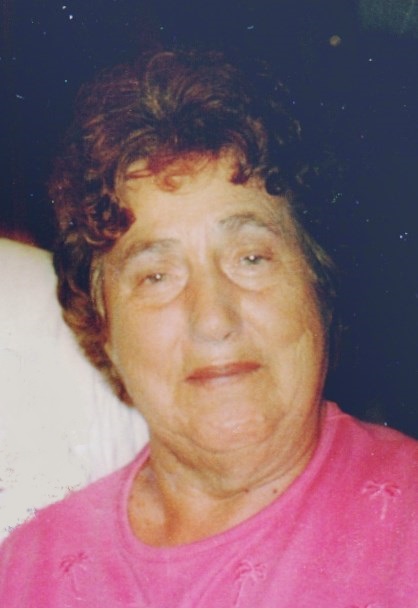 Grazia (Forcella) Ettorre, 84, of Plainville, passed away on Sunday, February 12, 2017 at the Hospital of Central Connecticut, New Britain.  She is now reunited with her beloved husband of 54 years, Nicola “Nick” Ettorre, who predeceased her in 2008.
Born in Italy on January 1, 1933, she was one of four children to the late Filipo and Sophia (Pulcini) Forcella.  She and Nick married in Italy in 1954 and settled in Plainville shortly after where they raised their five children.  Grazia was well known for her passion for cooking, especially her much-loved meatballs and sauce that could never be duplicated.  She began her career in food service at the former Inn Chablis in Plainville, and went on to work for the Silo in Farmington until her stroke in 1998.  While that may have prevented her from continuing to work, she had a strong will and remained independent until less than a week ago.  She enjoyed being outside in her yard, working in her garden, and soaking up the sun’s rays each day. A woman of great faith, she was a longtime communicant of Our Lady of Mercy Church.  A loving mother and grandmother, she will be missed dearly.
Grazia leaves her devoted son and daughter-in-law, Giuseppe “Joe” and Debbie Ettorre of Plainville; her daughters, Kathy, Amalia, Sophia, and Annette; her sister, Jennie Faiazza; several grandchildren, nieces and nephews.  She also leaves her extended family, Antonio and Lidia Ettorre, whose visits were much appreciated; Michelangelo and Yolanda Ettorre, Marie Forcella and Ilda Forcella.  She was predeceased by her brothers, Michael, Tomasso, and Ermanno Forcella.
Joe and Debbie extend their deepest gratitude to her caretakers, Anna, Janina, Irene, and Lucyna, who were instrumental in fulfilling Grazia’s wishes to remain in her home.
A Mass of Christian Burial in celebration of Grazia’s life will be held on Thursday at 11:00 a.m. at Our Lady of Mercy Church.  Family and friends may gather at the church prior to the mass for visitation from 10:00 to 11:00 a.m. on Thursday. She will be laid to rest next to her husband at a later date at St. Joseph Cemetery, Plainville.
Plantsville Funeral Home is assisting the family with arrangements. For online expressions of sympathy, please visit www.PlantsvilleFuneralHome.com

To order memorial trees or send flowers to the family in memory of Grazia F. Ettorre, please visit our flower store.
Send a Sympathy Card