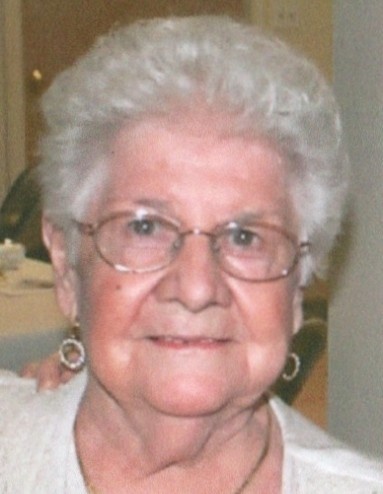 Gwendolyn H. (White) McVaney, 92, of Southington, passed away peacefully on Wednesday, Sept. 4, 2019 at Southington Care Center. She was born May 2, 1927 in Dryfork, West Virginia, and had been a longtime Southington resident. Gwendolyn is survived by her son, Thomas McVaney and his wife Candy of Waterford, her daughter Patricia McVaney of Southington, and daughter Barbara (McVaney) Ouellette and husband John of Southington. She is also survived by 8 grandchildren: Garrett, Ethan, and Jesse McVaney, Joshua, Peter, John and Ryan Ouellette and Rachel (Ouellette) St. Pierre, 5 great-grandchildren: Olivia and Aiden Ouellette, Jackson St. Pierre, Anya McVaney and Liam McVaney. She was predeceased by her brother, Junior White. Gwendolyn worked for many years at The Meriden Nursing home as a CNA.

In lieu of flowers, donations in Gwendolyn’s memory may be made to the CT Humane Society, 701 Russell Rd., Newington, CT 06111.

A celebration of Gwendolyn’s life will be held at 11:00 a.m. on Tuesday, September 10, 2019 at the Faith Baptist Church, 246 Laning St., Southington. Plantsville Funeral Home has been entrusted with handling the arrangements. For online condolences and directions, please visit www.plantsvillefuneralhome.com.

To order memorial trees or send flowers to the family in memory of Gwendolyn H. McVaney, please visit our flower store.
Send a Sympathy Card