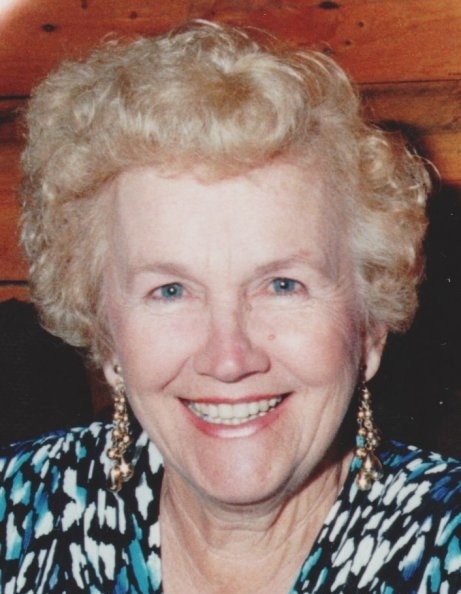 Born on December 5, 1925, Helen’s first home was on Beach Ave. in Terryville, CT.  After achieving a strong academic record at local schools, she went on to study pharmacy at the University of Connecticut in New Haven, CT, graduating in 1948 with a Bachelor of Science degree.  Prior to starting her family, she had a career as a pharmacist at G. Fox & Co.  Despite the gratification Helen found in her chosen field, her most precious time was spent with her children and grandchildren.  Helen was an exceptional cook (her Italian sauce, meatballs and braciole were to die for) and hosted dinners for the immediate family every Sunday and, for the extended family, on all the major holidays.  While the children were growing up, the Crispino family enjoyed spending summers at a cottage in Westbrook, ski trips to Vermont, riding horses and fun family vacations, near and far.  Helen, a hard-working, highly independent woman with strong convictions, was a role model for her children.  She always welcomed her children’s friends, fed them, and treated them like one of her own.

After the children were mature and established, Helen became a “snow bird” and spent half her time in Boca Raton, FL and the other half in Plantsville. Helen developed a strong passion for golf, tennis and long-distance walking, proudly referring to herself as a “geriatric jock.”  Her active lifestyle did not end there.  She was also a member of bowling leagues, did exercise classes, and was adamant about her side stroke laps in the pool.  As for her spiritual and brainier side, Helen was a devout Catholic, an avid bridge player, a voracious reader and, to the very end, an excellent word-jumble-puzzle-solver.  Helen was also a world-traveler, visiting such extraordinary places as Egypt, Africa, China, Japan, Turkey, South America, Australia, New Zealand, Alaska – and several trips to Europe, including her ancestral homeland, Poland.

Known for her sharp wit and endearing sense of humor, Helen had many friends with whom she enjoyed spending time, not only on the sports field, but attending plays, musicals, and concerts.  Very proud of her heritage, she spoke fluent Polish and, over the years, attended several festivities to honor Polish traditions.   She had a love of the outdoors and nature, especially waterfalls, and went out of her way to visit them whenever possible.  Helen enjoyed eating soft shell crabs and often indulged her sweet tooth, especially in recent years, with any kind of chocolate and Dairy Queen shakes.  Helen, described by many as a spitfire, will long be treasured and sorely missed.  Special thanks from her family to the staff at Mulberry Gardens and the Vitas hospice staff.  They were extremely comforting to Helen and her family.

In lieu of flowers, the family requests that contributions be made to the I-Park Foundation (www.i-park.org), P.O. Box 428, East Haddam, CT  06423.

A private gathering, for immediate family only, will be held on Saturday, June 15th at the Plantsville Funeral Home, followed by a Mass at St. Aloysius Church.  The services will be officiated by Rev. Ronald P. Zepecki.  For online condolences, please visit www.plantsvillefuneralhome.com.

To order memorial trees or send flowers to the family in memory of Helen C. Crispino, please visit our flower store.