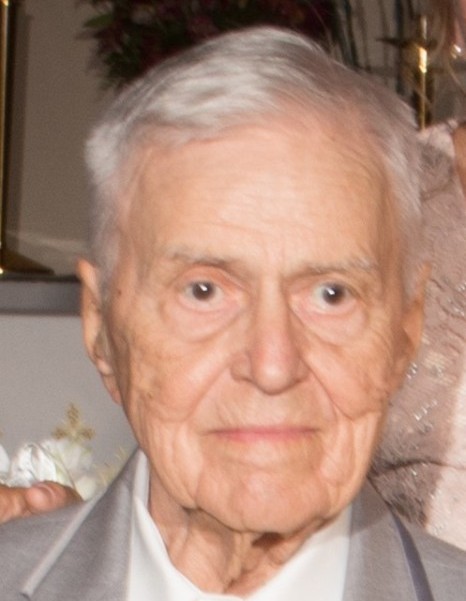 Henry Joseph Roberge, 92, of Cheshire, passed away surrounded by his family on Friday, January 13, 2017 at Hartford Hospital.  He is now reunited with his beloved wife of 58 years, Yvette Marie (Turcotte) Roberge, who predeceased him in 2009.

Born in New Britain on May 29, 1924, he was one of six children to the late Albert and Claire (Carbonneau) Roberge.  Raised in Michigan, he enlisted in the US Army Air Force at the age of 19, serving his country during WWII, and was honorably discharged in 1946. Henry worked as a switchman for the former Michigan Bell, retiring after 38 years of service. He was a former member of the American Legion Post 217 in Wyandotte, MI and a longtime member of St. Thomas Becket Parish in Cheshire.

Henry is survived by his son and daughter-in-law, Michael and Donna Roberge of Bedford, NH and his daughter and son-in-law, Jacqueline and James Sima of Cheshire; his grandchildren, Nicholas and Christopher Roberge of Bedford, NH, Jamie Odell and her husband, Jesse of Meriden, Jean Hayes and her husband, Jon of Linden, MI, Jessica Sima of Philadelphia, PA, Judith Sima of Cheshire and Juliann Sima of Boxborough, MA; and 2 great-grandchildren, Hayden and Cole Odell of Meriden.  He also leaves his 4 sisters, Cecile Bouchard, Lorraine Serafin, Nancy Tieppo and Pearl McClain; his brother, Louis Roberge and his wife, Rose, all of Michigan; and many nieces, nephews and extended family in Canada.

To order memorial trees or send flowers to the family in memory of Henry J. Roberge, please visit our flower store.
Send a Sympathy Card