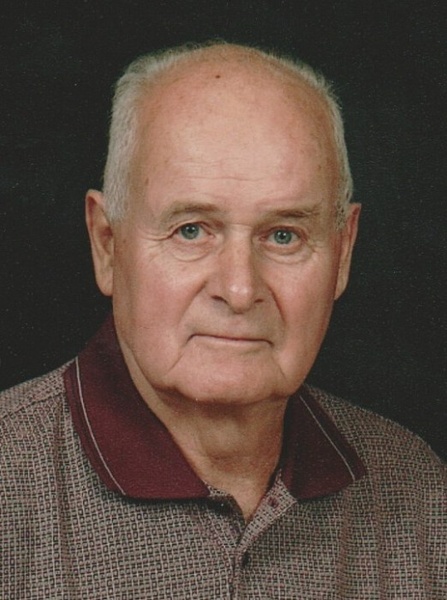 Horace “Mert” Adams, 87, passed into his eternal life in Heaven, surrounded by his loving family, on Monday, March 27, 2017, after a short illness.

A lifelong Southington resident, Mert was born on October 6, 1929, one of five children to the late Leslie and Evelyn (Sylvia) Adams.

Upon his return home, Mert gave 42 loyal years to the Beaton & Corbin Manufacturing Company until its closure.  He continued his career at the Pegasus Manufacturing Company in Hamden, CT until his retirement.  Horace also was an accomplished horticulturist in his spare time.  His hard work produced a giant garden for many years, from which he shared his harvest abundantly. Mert also adopted many stray cats and dogs throughout the years, and could be found many Saturday afternoons on his beloved basement couch sharing a nap with one or more of them.

Horace leaves behind his adoring wife, Barbara (Ridzik) Adams, to whom he was married for 61 years; his sister, Mary Derynioski and his brother, John Adams and his wife, Diane.  He also leaves his pride and joy, his daughters, Lisa Wallace and her husband, Ted and Lori Goucher and her husband, Rich.  A special place in his heart was reserved for his grandchildren, Erica, Rachel, and Sarah Wallace, and Gary and Timothy Goucher.  He will also be missed by many beloved nieces and nephews, including his special nieces, Suzanne DeMerchant and Nancy Mathews.  Horace was predeceased by his sister, Marjorie and his brother, Leslie Adams.

Mert’s love for animals may be remembered with contributions to the Connecticut Humane Society, 701 Russell Rd, Newington, CT 06111.

Funeral services in celebration of Mert’s life will be held on Saturday at 10 a.m. at the First Baptist Church, 581 Meriden Ave., Southington.  Interment with military honors will follow at South End Cemetery.  Family and friends may gather on Friday evening, from 4-7 p.m. at Plantsville Funeral Home, 975 S. Main St, Plantsville.  For online expressions of sympathy, please visit www.plantsvillefuneralhome.com

To order memorial trees or send flowers to the family in memory of Horace A. "Mert" Adams, please visit our flower store.