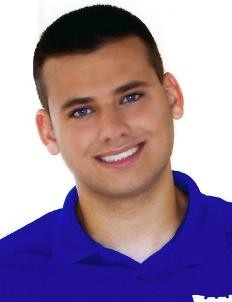 Ian J. Lawrence, 23, of Southington, was taken from us far too soon on March 18th, 2021. He was the beloved son of Joann (Porter) Herms and Christopher Herms, and of the late Stephen J. Lawrence. Ian was born July 16, 1997 in upstate New York, but he spent his early years living in several different states spanning from California to Connecticut. He graduated from Southington High School and attended Lincoln Tech to be an electrician. He was an apprentice electrician.

Family will always remember Ian as the rambunctious jokester child who swung from chandeliers and laughed until he couldn’t breathe, and as the solemn young man trying to find his way through life. Friends may remember Ian as athletic, easygoing, brilliant, over-the-top, funny, cheeky, or all of the above. Ian was so many wonderful things. He was a goalie on the Southington High School soccer team and enjoyed his time on the Southington High School tennis team. He was proud and happy to work as a barback at Hawks Landing CC before he started trade school. He was an avid supporter of Liverpool Football Club. He was laid-back and relaxed. He was a hard worker. He was so smart, and extremely knowledgeable in any topic he was passionate about. He had an extensive knowledge of internet culture and of many popular TV shows. He was a big fan of computer gaming. He would never say no to a Taco Bell trip. He excelled at his work as an electrician -- despite having to wake up at the crack of dawn for early shifts every day. He was staunchly loyal. He had the brightest blue eyes you’d ever see in your life. Only listing these few does him a disservice -- Ian was so much more than the sum of his parts, and so much more than he let most people see.

Ian is survived by too many loving family members to count. His adoring mother, Joann Herms, who was prouder of him than she could ever express and loved him more than life itself. His stepfather, Christopher Herms, who loved him as his own son. His siblings, Dana Lawrence, Angela Lawrence, Ben Herms, and Jack Herms. His Grandparents: Sterling & Leatrice Porter, and Carl & Patty Herms. His Aunts and Uncles: David & Lisa Lawrence, Sterling & Katie Porter, Margaret & Gus Kalives, Nancy & Michael Brennan, Tracy & Vincent Celentano, Vicky & Vinny Ambrosey, and Danny & Kelly Laone. Listing his cousins and their children would make a list too long to fit in this paper.

Walk-through calling hours will be held on Thursday, March 25, 2021 from 4 – 7 p.m. at the Plantsville Funeral Home, 975 S. Main St, Plantsville. Face coverings and social distancing are required at all times. Burial will be private and at the convenience of the family. For online condolences and directions, please visit www.plantsvillefuneralhome.com.

To order memorial trees or send flowers to the family in memory of Ian J. Lawrence, please visit our flower store.