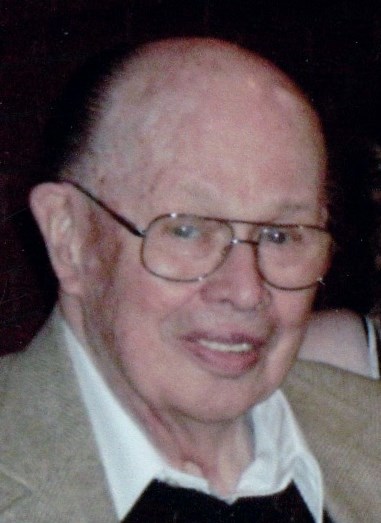 Jack London, 89, of the Plantsville section of Southington, passed away peacefully surrounded by his family on Wednesday, Aug. 16, 2017 at Yale New Haven Hospital. He was the loving husband of Judie (Wininger) London. They married on March 2, 1957 and were blessed with 60 wonderful years of marriage.

Jack was born on May 9, 1928 in Krikilan, Indonesia to the late Albert and Lucia (Mollinger) London.

He proudly served as a Sergeant in the U.S. Army during the Korean War. He worked at Miller Company in Meriden where he met his wife Judie and then retired from Somers Thin Strip of Waterbury after many years of service.

Jack enjoyed golfing, photography, chess, watching sports and spending time at the beach. He was a lover of spicy foods and loved spending time with his family, especially at family parties.

In addition to his wife Judie, he is survived by two daughters: Cindy Masterson and her fiancé Gary Dumas of Wallingford and Donna Herbert and her husband Michael of Meriden; two granddaughters: Melanie Esposito and her husband Bobby of Cheshire and Michelle Masterson and her fiancé Matt Stocking of Meriden and one great-granddaughter to-be, Luciana Jacklyn Esposito. He is also survived by his sister, Pam London of Seal Beach, CA.

A graveside service with military honors will be held at 11:00 a.m. on Monday, August 21, 2017 at South End Cemetery, South End Rd. in Southington. Plantsville Funeral Home has been entrusted with handling the arrangements. For online condolences and directions, please visit www.plantsvillefuneralhome.com.

To order memorial trees or send flowers to the family in memory of Jack London, please visit our flower store.
Send a Sympathy Card