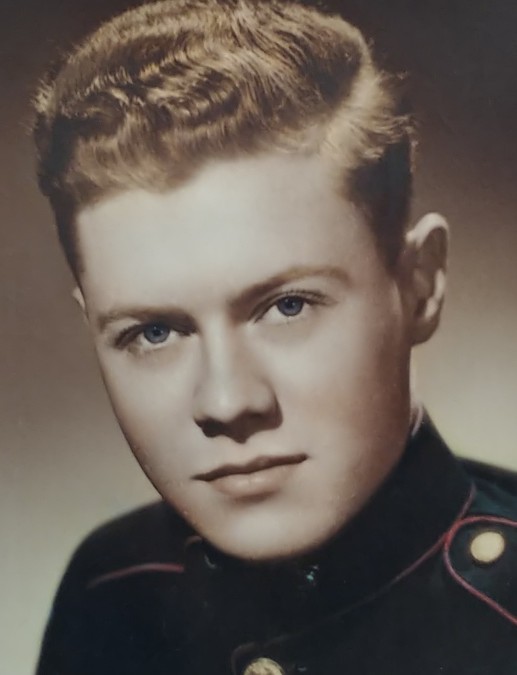 James Rogers, known to friends and family as “Eddy,” moved to his new home in Heaven on March 27, 2018, at the age of 88 years.  Born in Clarksburg, WV on May 20, 1929, he spent many joyful summers on his grandparent’s farm.  In 1949 he married Gloria Lee Gatrell and have been by each other’s side for 68 years.  They lived briefly in Chicago, IL and later moved to Connecticut where they raised their three children, Pamela, Mark and Nancy Jo.  Since his retirement as a Design Engineer, Gloria and Eddy spent enjoyed traveling, camping and playing golf.   Eddy also had many hobbies including oil painting and writing, publishing several short stories in the local newspaper.  During WWII Eddy held the rank of Corporal in the USMC.  He would later be an active member of the Marine Corp League.  Eddy also was a member the Masonic Temple, Friendship Lodge #33.  Both Eddy and Gloria are long time members of the Grace United Methodist Church in Southington, CT where he enjoyed singing in the choir and putting on humorous skits during church talent shows.

Eddy is predeceased by his parents, Forest Rogers and Opal (Collins) Rogers, his brother, Rev. William Rogers, and most recently his daughter, Pamela A. Rogers Michaud-MacBean.   He is survived by his wife, Gloria Lee Rogers of Connecticut; children, Mark Rogers of N. Chesterfield, VA and Nancy Jo McGee of Southington, CT; sister Patricia Hood of Parkersburg, WV; six grandchildren, nine great-grandchildren, and several nieces and nephews.

We would like to thank his caregivers at the Summit of Plantsville for caring for Eddy in the last days of his life.  We also want to thank Rev. Carol Downs and all the members of Grace United Methodist church who cared and comforted us during this difficult time.

To order memorial trees or send flowers to the family in memory of James E. Rogers, please visit our flower store.