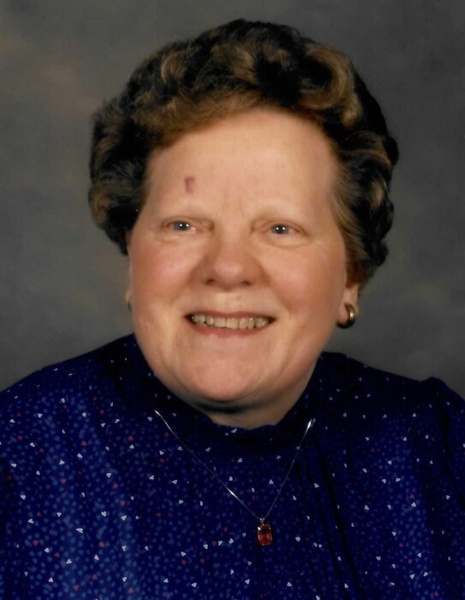 Janet M. (Nelson) Bennett, 92, of Southington, passed away peacefully at her home on Thursday, March 11, 2021. She had been the loving wife of the late George A. Bennett Jr. for 66 years.

Born on February 4, 1929 in New Britain to the late George and Mabel (Holmquist) Nelson, she had been a longtime Southington resident.

Before starting her family, Janet worked at New Britain Machine in the blueprint department. She was a longtime active member at the First Lutheran Church in Southington and enjoyed traveling with her husband.

Janet is survived by her son Jeffrey Bennett and his wife Karen of Southington; four grandchildren: Robert Washburn of Thomaston; Jeffrey Washburn (Sarah) of Wallingford; Douglas Bennett (Deanna) of Colchester and Anthony Bennett of Triangle, VA; 18 great-grandchildren and many nieces and nephews.

In addition to her husband George, Janet was predeceased by her daughter and son-in-law, Susan Bennett-Washburn and Phillip Washburn, two sisters, Ethel and Doris and three brothers, Harry, George and Richard.

In lieu of flowers, donations in Janet’s memory may be made to the Women's Guild at the First Lutheran Church, 232 Bristol St., Southington, CT 06489.

Walk-through calling hour will be held from 11:30 a.m. – 12:30 p.m. on Wednesday, March 17, 2021 at the Plantsville Funeral Home, 975 S. Main St, Plantsville. A graveside service will follow at South End Cemetery, Southington. Face coverings and social distancing are required at all times. For online condolences and directions, please visit www.plantsvillefuneralhome.com.

To order memorial trees or send flowers to the family in memory of Janet M. Bennett, please visit our flower store.