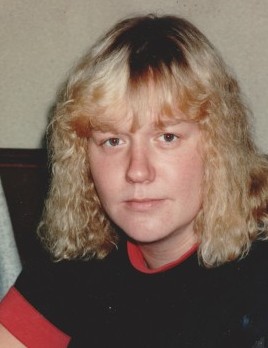 Jodi L. (Kubala) Cirillo, beloved mother and sister, and wife of the late John Cirillo, passed away following a brief illness on Thursday, June 1, 2017.
Born in Southington on September 4, 1963, she was one of four children to the late Julian and Valerie (Danieleski) Kubala.  A lifelong resident, Jodi was a graduate of Southington High School.  Always one to help others in need, Jodi went on to receive her nursing degree, working for several area nursing homes and hospitals.  She had a special place in her heart for animals, and gave back to her community through her many years of volunteering at Bread for Life.  She was a clever woman, with and admirable strength and resilience, and an unforgettable quick wit and sense of humor.  She will be greatly missed, leaving a legacy of selflessness and love.
Jodi is survived by her son, Michael Delfino of Southington; her sisters, Julie Adams and Holly Charmut, both of Southington; and her brother, Thomas Kubala of SC; along with several nieces and nephews.
Friends and family may gather in celebration of Jodi’s life on Wednesday, June 7, 2017, from 5-7 p.m. at Plantsville Funeral Home, 975 S. Main St, Plantsville.  Words of remembrance will be held at 7 p.m.  In lieu of flowers, Jodi may be remembered with contributions to Bread for Life, PO box 925, Southington, CT 06489.

To order memorial trees or send flowers to the family in memory of Jodi L. Cirillo, please visit our flower store.
Send a Sympathy Card