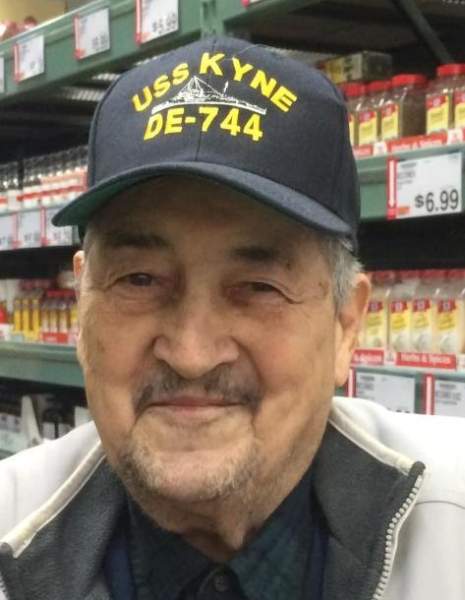 John S. Mongillo, 86, of the Plantsville section of Southington, passed away peacefully on Thursday, March 28, 2019 at the HOCC at New Britain General. He had been the loving husband of Lois (Miller) Mongillo for 62 years.

Born in Southington on January 23, 1933 to the late Pasquale and Mary (Pelcher) Mongillo, he had been a lifelong Southington resident.

After high school, John served in the U.S. Naval Reserve for several years.  He worked as a die sinker at Rex Forge and then Ideal Forge, retiring after many years of service. John loved working with his hands and could fix anything. He was a talented woodworker and built several kayaks for his grandchildren. John will be deeply missed by his family, friends and his beloved dog Marty.

In addition to his wife Lois, he is survived by two sons, John S. Mongillo and David P. Mongillo and one daughter Susan E. Guarino and her husband Michael, all of Plantsville. He was the proud Poppa to six grandchildren, Melanie, Max, Annie, Erica, Jake and Cameron and two great-grandchildren, Elizabeth and Dominic. He is also survived by one brother Patrick “Butch” Mongillo of RI and many nieces and nephews.  He was predeceased by one son William M. Mongillo, two brothers, Mickey and Billy and four sisters, Marie, Jean, Sophie and Lucy.

John’s family would like to extend a special thank you to the nurses and doctors at the HOCC at New Britain General and also to Dr. Guest and his entire staff for their compassion and excellent care.

In lieu of flowers, donations in John’s memory may be made to St. Jude’s Children’s Research Hospital, 501 St. Jude Place, Memphis, TN 38105 or to a charity of the donor’s choice.

A Mass of Christian Burial will be held at 10:00 a.m. on Monday, April 1, 2019 at St. Thomas Church, 99 Bristol St., Southington. Burial with military honors will follow in South End Cemetery, Southington. There are no calling hours. Plantsville Funeral Home has been entrusted with handling the arrangements. For online condolences, please visit www.plantsvillefuneralhome.com.

To order memorial trees or send flowers to the family in memory of John S. Mongillo, please visit our flower store.