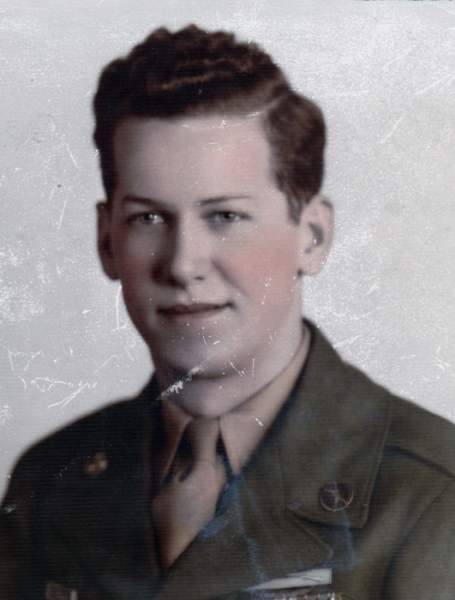 John F. Samojedny, 93, of Southington, passed away peacefully with his wife by his side, on Monday, Nov. 13, 2017 at the HOCC at Bradley. He had been the loving husband of Jean (Uryga) Samojedny for 57 years. Before he passed, John was blessed with the opportunity to spend time with his family and say his goodbyes.

Born in New Britain on August 5, 1924 to the late Joseph and Sophie (Rembisz) Samojedny, he had been a longtime Southington resident. John was a proud U.S. Army Veteran, serving during WWII and fighting in the Battle of the Bulge. He worked as a supervisor at Stanley Tools for over 25 years. He was a longtime parishioner at the Church of St Dominic’s, where he was a former member of the Parish Council.  John loved dogs, playing setback and was an avid Red Sox fan. He was also a Cub Scout leader and enjoyed playing golf. But most of all, John loved getting together with his family and adored his grandchildren.

In addition to his wife Jean, he is survived by two sons; Thomas Samojedny of Southington and Robert Samojedny and his wife Sandra of Watertown; one daughter Nancy Cannatelli and her husband Anthony of Southington and 2 grandchildren, Annie and AJ Cannatelli; three sisters, Claire Samojedny, Faye Samojedny, both of New Britain and Helen Kokoszka of Middlefield and several nieces and nephews. He was predeceased by his sister, Maryann Weber and brother Frank Samojedny.

In lieu of flowers, donations in John’s memory may be made to Connecticut Humane Society, 701 Russell Road, Newington, CT 06111.

Funeral services will be held at 10:00 a.m. on Thursday, Nov. 16, 2017 from the Plantsville Funeral Home, 975 S. Main St., Plantsville with a 11:00 a.m. Mass of Christian Burial at the Church of St. Dominic, 1050 Flanders Rd., Southington. Burial with military honors will follow in St. Thomas Cemetery, Southington. Calling hours will be held from 5 – 8 p.m. on Wednesday, Nov. 15, 2017 at the Plantsville Funeral Home. For online expressions of sympathy and directions, please visit www.plantsvillefuneralhome.com.

To order memorial trees or send flowers to the family in memory of John F. Samojedny, please visit our flower store.