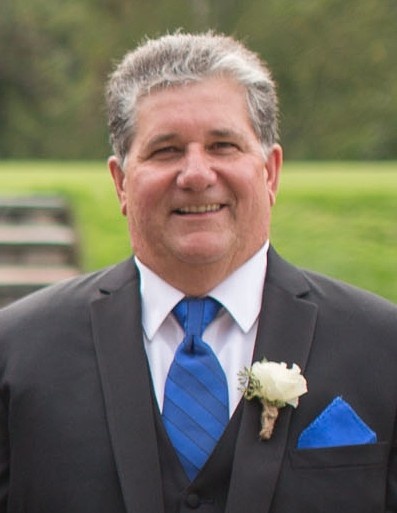 Joseph A. Sazanowicz, Jr., “Saz,” 64, of the Plantsville section of Southington, passed away peacefully at his home surrounded by his family on Friday, March 1, 2019. He had been the loving husband of Nancy (Morin) Sazanowicz for 41 years, the proud father of his children, Rachel and Robert and a caring son, brother, and friend.

Joe was born in Southington on November 23, 1954 to Irene (Przygocki) Sazanowicz and the late Joseph A. Sazanowicz, Sr. and had been a lifelong Southington resident.

Joe was a dedicated law enforcement officer. He started his career with the Berlin Police Department in January of 1978 and retired in January of 2004.  He immediately went on to work for the State of Connecticut Division of Criminal Justice. He started as an Inspector in the Office of the Chief State’s Attorney, Rocky Hill, in the Elder Services Bureau and later in the Public Integrity Bureau where he proudly investigated allegations of elder abuse and financial crime.  He spent his last years with the Office of the Waterbury State’s Attorney where he assisted in post-arrest investigations, often in service of society’s most vulnerable victims.

Joe loved the life he created with Nancy and their children.  He was the first one up and last one to bed. In between he golfed, vacationed, enjoyed the outdoors, made wine, read books, cooked his famous specialties, listened to rock, debated passionately, bragged about his kids, and watched baseball and football.  He talked, ate, drank, loved, and laughed to the max.  He truly lived life to the fullest.  He will be remembered for the way he could draw people in and make them at ease, leading by example, being the life of the party, but also the grumpiest before the party, his love of wine and food, his impressive golf club throwing, the knack he had for finding a good deal at the grocery store, and detecting if the thermostat was touched.

In addition to his wife Nancy and his mother Irene, Joe is survived by daughter, Rachel Sazanowicz of Brooklyn, NY and son, Robert Sazanowicz and his wife MeeNa of Cheshire, and many nieces and nephews. He was predeceased by three sisters, MaryAnn Adams, Carolyn Bruschino, and Barbara Cardini.

In lieu of flowers, donations in Joe’s memory may be made to the Mesothelioma Applied Research Foundation at www.curemeso.org/donate, or the Police Athletic League of Waterbury, a youth support organization, at www.waterburypal.org/contribution.

A Mass of Christian Burial will be held on Thursday, March 7, 2019 at 10:00 a.m. directly at the Immaculate Conception Church, 130 Summer St., Southington. Burial will follow in the Immaculate Conception Cemetery, Southington. As was his wish, rather than calling hours, we will celebrate and toast to Joe. Please join us at the Aqua Turf Club, Plantsville, following the burial. Plantsville Funeral Home has been entrusted with handling the arrangements. For online condolences, please visit www.plantsvillefuneralhome.com.

To order memorial trees or send flowers to the family in memory of Joseph A. Sazanowicz, Jr., please visit our flower store.