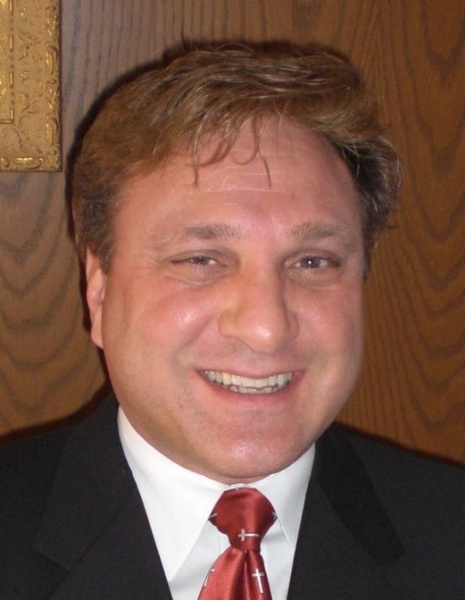 Joseph Anthony DellaPuca, 63, entered peacefully into Eternal Life surrounded by his loving family and very dear friends on August 14, 2019, the Vigil of the Feast of the Assumption of the Blessed Virgin Mary.

Born on July 5, 1956, Joseph was a devoted son of the late Sebastiano “Sisto” and Concetta DellaPuca, growing up in Southington, Connecticut, where he worked at his Dad’s nursery, DellaPuca Nursery, until entering the University of Connecticut.  There he earned a Bachelor of Science in Biological Sciences and Biochemistry.  Thereafter, Joseph entered Yale University School of Medicine and graduated summa cum laude with a Masters in Public Health and Hospital Administration as well as a Masters of Science in Pharmacology.  Following graduation, he served as Administrator for Emergency and Ambulatory Services at Saint Raphael Hospital in New Haven, Connecticut, and then as Assistant Vice President of Ambulatory Services at Saint Mary’s Hospital in Waterbury, Connecticut.  Joseph was currently employed as Executive Director at The Residence at South Windsor Farms, South Windsor, Connecticut, where he had made a new family of friends and residents that remained dear to his heart.

Joseph loved the ocean and enjoyed ocean activities such as fishing, clamming, and boating along with staying at his beach house in East Matunuck, Rhode Island.  Joseph was a very religious, kind, caring, generous, and loving brother, uncle and friend.

He is survived by his brother Richard DellaPuca, niece Sarah DellaPuca and nephew Joshua DellaPuca; his sister Linda Sanford, nephew Raymond Sanford and niece Rebecca Sanford; sister Maryann Meccariello and her husband Gene, niece Tracy Meccariello and nephews Gene Meccariello, Jr., and Eric Meccariello; sister Shirley Carcia and her husband Joe Carcia and nephew Anthony Carcia.  Joseph belonged to the Two Hearts as One and Prayer House of All Graces Ministry in Southington, Connecticut and has traveled to many states praying the Most Holy Rosary and other Catholic prayers at religious prayer cenacles.  God is and always will be a big part of Joseph’s life.

In lieu of flowers, donations in Joseph’s memory may be made to the Smilow Cancer Hospital at Yale New Haven or to the Yale New Haven, Children’s Hospital, Office of Development, P.O. Box 1849, New Haven, CT 06508-9979.

A Mass of Christian Burial will be held 10:30 a.m. on Saturday, August 17, 2019 at the Immaculate Conception Church, 130 Summer St., Southington.  Burial will follow in the Immaculate Conception Cemetery, Southington. Plantsville Funeral Home has been entrusted with handling the arrangements. For online condolences, please visit www.plantsvillefuneralhome.com.

To order memorial trees or send flowers to the family in memory of Joseph A. DellaPuca, please visit our flower store.