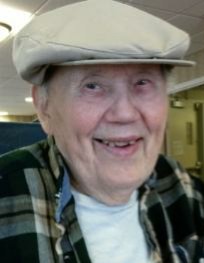 Joseph C. Mikulak, 93, of Southington, passed away peacefully on Sunday, November, 12, 2017 at The Pines at Bristol with his family by his side. He had been the loving husband of the late Aneila “Nell” (Aszklar) Mikulak for 68 years.

Born in New Britain on Oct. 2, 1924 to the late Stanley and Alexandra (Gondek) Mikulak, he had been a longtime Southington resident.

Joseph proudly served his country in the U.S. Army during WWII. He was a lifetime member of the American Legion Post 72 and a former member of the Falcon’s Nest 307. Joe loved to sing, had a strong faith and was a member of the Immaculate Conception Church for most of his life.

Joe’s family would like to thank the entire staff at The Pines at Bristol and VITAS Hospice for their compassion and the excellent care they provided to him during his time with them.

A Mass of Christian Burial will be held at 10:30 a.m. on Wednesday, Nov. 15. 2017 at Mary Our Queen Church, 248 Savage St., Southington. Burial with military honors will follow in Immaculate Conception Cemetery, Southington. Calling hours will be held before the service from 9 - 10:00 a.m., at the Plantsville Funeral Home, 975 S. Main St., Plantsville. For online condolences and directions, please visit www.plantsvillefuneralhome.com.

To order memorial trees or send flowers to the family in memory of Joseph C. Mikulak, please visit our flower store.
Send a Sympathy Card