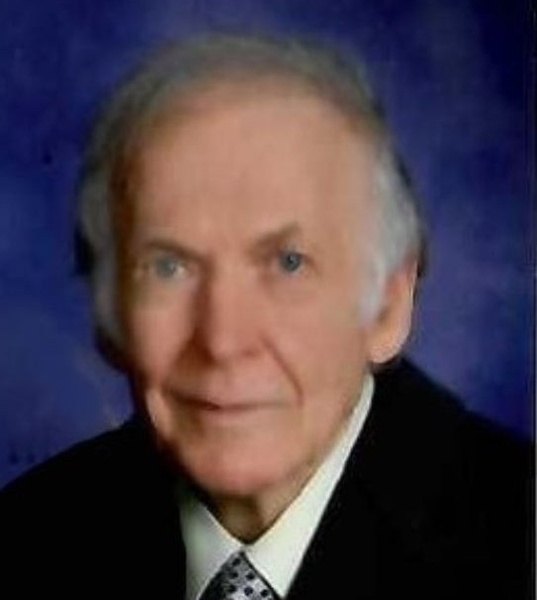 Joseph G. Satonick, 89, of Southington, passed away on August 22, 2021, at the Apple Rehabilitation Center in Plainville, CT. He had been the loving husband of Mary S. (Wielgosz) Satonick for 62 years.

Joseph was born on May 21, 1932 in Unionville, CT to the late Joseph and Pauline (Makala) Satonick.

He graduated from Farmington High School and attended UCONN. Joseph proudly served in the United States Air Force during the Korean War with the 49th Fighter Bomber Wing (Black Sheep) in Korea and Japan and with the 91st Strategic Recon Wing (SAC) in the United States.

Joseph worked as a Senior Cost Accountant and Auditor at Corbin-Russwin Architectural, Hardware Division of the Black and Decker Corporation, retiring in 1994 after 36 years of service.

Joseph was a longtime communicant of Mary Our Queen Church in Southington. He loved sports and played in the Southington Calendar House Golf League, Wallingford Senior Softball League, Farmington Valley Baseball League, the USAF Northern Japan Conference Basketball League and the Misawa AFB Thunder Jets. He was also a Northern Little League Umpire and first player agent for Western Little League. As a proud veteran, he was a member of the Suhar Gura Post VFW. Joseph was a member of the Calendar House and enjoyed building model airplanes and cars, and proudly displayed his models at the Southington Public Library. With Mary by his side, he enjoyed cruising and vacationing in Florida. He loved animals, but most of all, he was dedicated to his family.

In addition to his wife Mary, he is survived by his daughter Marjorie A. Bansemer and her husband Robert of East Hartford and son, Stephen J. Satonick and his wife Deborah of Orange and his loving grandchildren, Peter, Stephanie, and Melissa Satonick, all of Orange. He is also survived by his sisters, Florence M. Buttaro of Forestville, Patricia A. Gorecki of Canton, and several nieces and nephews. He was predeceased by a sister, Elizabeth LaRosa of Middletown.

A Mass of Christian Burial will be held at 10:00 a.m. on August 27, 2021, at Mary Our Queen Church, 248 Savage St, Plantsville. Burial with military honors will follow in the Immaculate Conception Cemetery, Southington. Calling hours will be held before the Mass from 8:30-9:30 a.m. at the Plantsville Funeral Home, 975 South Main Street, Plantsville. For online condolences and directions, please visit www.plantsvillefuneralhome.com.

To order memorial trees or send flowers to the family in memory of Joseph G. Satonick, please visit our flower store.