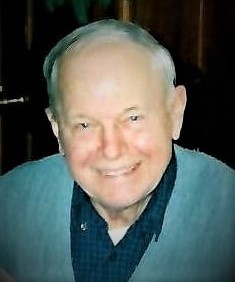 Joseph Thomas Wygonowski, 92, of Skipper Lane, Southington, passed away at his home surrounded by his family, on Tuesday, May 18, 2021 after a long illness. He was the loving husband of Louise (Poisson) Wygonowski for 64 years.

Joe was born on March 7, 1929 in Southington, CT, one of three children to the late Frank and Sophie (Zawacka) Wygonowski. Joseph proudly served his country in U.S. First Army Signal Core from 1951-1953 and was promoted to sergeant before receiving his honorable discharge.

After leaving the service, Joe went to work in Miami, Florida delivering lumber to many places including the Orange Bowl. Upon returning to Southington Joe started the Southington Form Construction company where for over 50 years he proudly helped thousands of families with the start of their new homes by building the foundations before retiring in 2005. Joseph would give freely of his time to help his children and friends and others needing his assistance. He will be remembered for driving his many Bonnevilles around town.

Joe’s family would like to extend a special thank you to his caregivers, Anita Skrzypczak and Hania Grabowska from Euro-American Connections & Homecare, for their compassion and the excellent care they provided.

In lieu of flowers, donations in Joe’s memory may be made to the Polish American Foundation of Connecticut, 27 Grove Hill St, New Britain, CT 06052 or to the Department of Urology at Yale School of Medicine, through the Office of Development, Attn: Emily Corvino, P.O. Box 7611 New Haven, CT 06519.

A Mass of Christian Burial will be held at 10:00 a.m. on Monday, May 24, 2021 at the Immaculate Conception Church, Southington. Burial with military honors will follow in the Immaculate Conception Cemetery, Southington. Calling hours will be held on Sunday, May 23, 2021 from 2 – 4 p.m. at the Plantsville Funeral Home, 975 S. Main St, Plantsville. Face coverings are required at all times. For online condolences and directions, please visit www.plantsvillefuneral home.com.

To order memorial trees or send flowers to the family in memory of Joseph T. Wygonowski, please visit our flower store.
Send a Sympathy Card