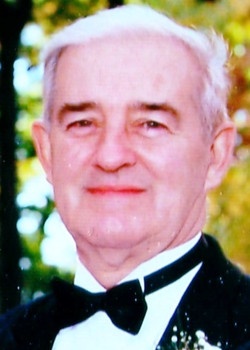 Kenneth C. Judd, 87, of Southington, passed away on Sunday, July 3, 2016 at HCC at New Britain General. He had been the loving husband of Barbara (Sweeney) Judd for over 60 years.

Born on March 25, 1929 in Meriden to the late Kenneth and Frida (Springer) Judd, he had been a longtime Southington resident.

Ken retired from Lori Lock, where he worked as a quality control officer for many years. He was a volunteer firefighter for the Southington Fire Department, Engine Company 2 for 25 years.

Services will be held privately and at the convenience of the family. Plantsville Funeral Home has been entrusted with handling the arrangements. For online condolences, please visit www.plantsvillefuneralhome.com.

Services will be held privately and at the convenience of the family. Plantsville Funeral Home has been entrusted with handling the arrangements.

To order memorial trees or send flowers to the family in memory of Kenneth C. Judd, please visit our flower store.