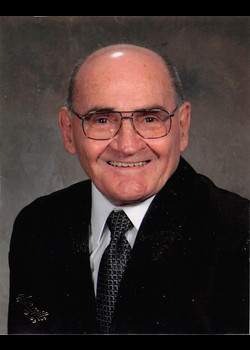 Kenneth E. Norton, age 83, passed away peacefully on January 12, 2016, surrounded by family. Born in Tampa, Florida, he had been a resident of Connecticut for 28 years, but was a Floridian at heart.

Although he was a man of few words, Ken always greeted you with his gentle smile. And if you mentioned the Florida State Seminoles, he would give you an even bigger smile. As an avid reader, he was always surrounded by a pile of books, crossword puzzles and Sudoku.

Ken earned his BSBA degree in accounting at Florida State University where he also was a quarterback on the Florida State football team. He later earned his MBA degree in accounting at the University of Santa Clara, CA, and worked on Ronald Reagan's gubernatorial campaign. A veteran of the Navy, Ken served time in Korea and was honorably discharged, after serving more than 4 years.

As a former CPA, he not only owned his own accounting firm for 12 years, but also held positions with several well known corporations including Honeywell, Lockheed, RCA, Polo/Ralph Lauren, and worked as Controller for PennConn, United Concrete Products, and later retired from Bartholomew Company, Hartford, CT. Even in retirement, he was always the go-to person for tax questions and helped many by preparing their tax returns.

He leaves behind his loving former wife and dear friend, Lorraine C. Norton, his son, John , and his wife, Brenda, son Michael , and his wife, Joann, granddaughter, Michelle, and grandson, Andrew. He also leaves behind his extended family of stepchildren, Deborah McCormack and husband William, Steve Spaulding and wife Kathy, Scott Spaulding, Michael Spaulding and wife Terry, and many grandchildren, great-grandchildren and a great, great-grandson. He was predeceased by father, Iva Edward Norton, mother, Doris Loretta Bocash, and daughter Theresa Ibarguen. He was also a devoted friend of Bill W. for 28 years.

His family would like to express overwhelming gratitude to the staff at Cheshire Regional Rehab Center for their exceptional care and friendship for Ken during his time there. Also, a special thanks to the VA Hospital and VA Medical Center in Connecticut and Vitas Healthcare, for their hospice care during his final days.

There will be a memorial ceremony for family and friends on January 30, 2016 at 3:00pm at St. Paul's Episcopal Church Hall, 145 Main St, Southington, CT. Private burial arrangements are with Plantsville Funeral Home. For online condolences please visit

There will be a memorial ceremony for family and friends on January 30, 2016 at 3:00pm at St. Paul's Episcopal Church Hall, 145 Main St, Southington, CT. Private burial arrangements are with Plantsville Funeral Home. For online condolences please visit

To order memorial trees or send flowers to the family in memory of Kenneth E. Norton, please visit our flower store.