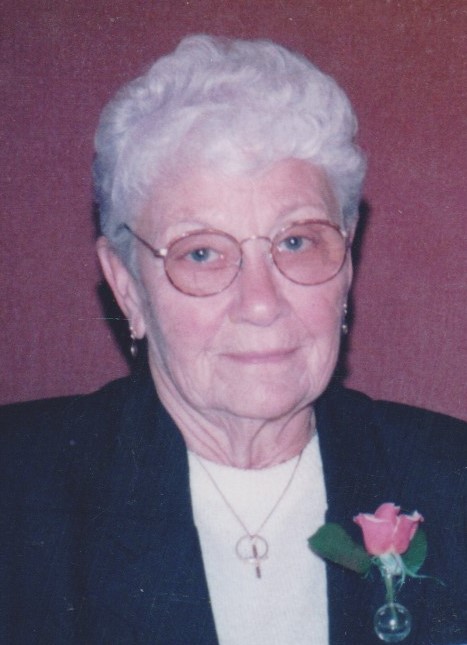 Lura Anna (Bailey) Michelson, known to all as “Anna” passed from this life peacefully on Monday, March 30, 2020.  Anna was born Dec 26, 1922 in Middletown to the late Lura (Barton) Bailey and Harry Bailey, Sr., formerly of East Hampton.

Anna was a lifelong resident of East Hampton.  She was a student of East Hampton High School’s first graduating class in 1940.  However, before the opening of East Hampton High School, she attended Middletown High where she met who would become her love and lifelong partner and husband, Merlin “Mike” Michelson.   They were married in 1945 and enjoyed 52 years together in East Hampton before his death in 1997.  Prior to their marriage, Anna worked for Hamilton Standard in East Hartford.  In 1950, Anna and Mike built their home and permanent residence and had two sons.  At that time, Anna devoted her time to motherhood as a Sunday school teacher at the Congregational Church and a Den Mother for Cub Scouts Pack 8.  As her sons grew, she returned to work at East Hampton High School opening in 1963 as a cafeteria cook and later becoming Cafeteria Manager at the East Hampton’s Middle School in 1973.  She retired from the East Hampton cafeteria system in 1984.  While she lived her entire life in East Hampton, that did not stop Anna, Mike and their sons from traveling parts of the U.S. together, starting her adventures by camping at Plymouth Rock, MA  and spending summers on the beach at Hammonasset State Park.  Throughout her life, Anna traveled throughout the US, Canada, Mexico, England and Europe, with either her family, Mike or her sister, Lois by her side.  After Mike’s passing, Anna became more active in the Episcopal Church as part of the women’s guild.   The fond memories of East Hampton and all the friends that touched her life is what kept her happy and alive for so long.

Anna's family would like to extend a special thank you to the entire staff at Portland Care and Rehab Center for their compassion and excellent care.There will be no calling hours and burial will be a private family ceremony.  Donations in Anna’s memory may be made to Christ Episcopal Church, P.O. Box 81, Middle Haddam, CT 06456-0081 or to the Chatham Historical Society, East Hampton, CT 06424.

To order memorial trees or send flowers to the family in memory of Lura "Anna" Michelson, please visit our flower store.
Send a Sympathy Card