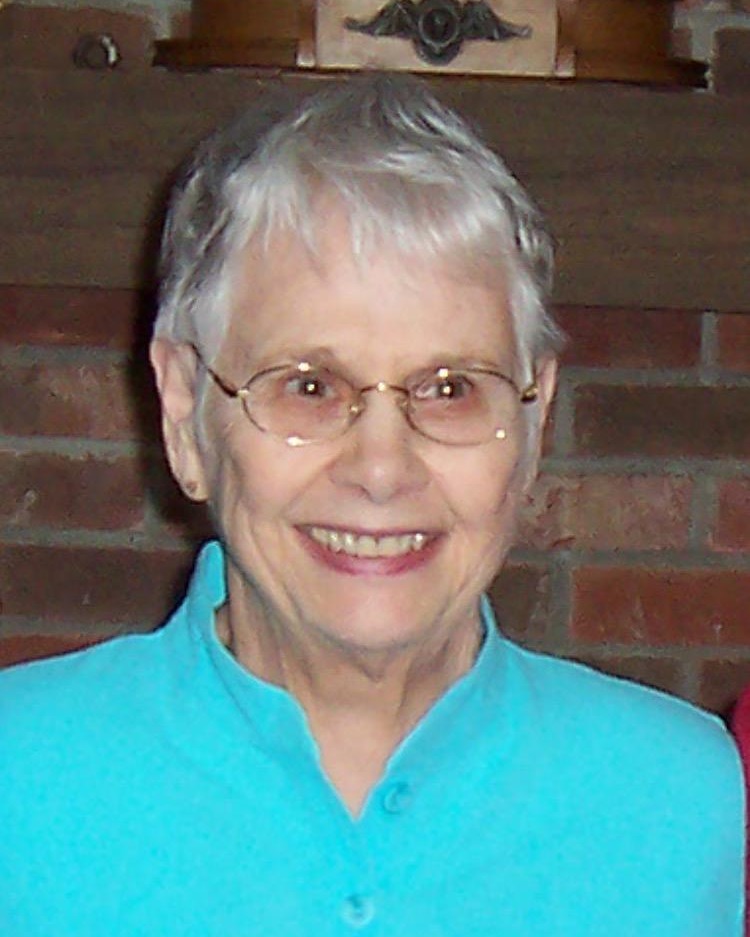 It is with great sadness that we announce the passing of our mother, Marion Buehrle.  She passed away at the age of 94 with her 3 daughters at her side at the Livewell Center in Plantsville, CT.  She was predeceased by her husband, William Buehrle, in 2018.  They had been married for 67 years and had also celebrated the 75th anniversary of their first date.

Marion was born June 29, 1928 in Saint Louis, MO to the (late) Leslie and Margaret (Wehmeyer) Pabst.  She was predeceased by her sister, Jean, who passed away as a young girl.  The family moved to Ferguson, MO where Marion met her future husband Bill in the high school band.  Bill went off to the army during WW2 and Marion furthered her education at Washington University in St Louis where she received a degree in art.  Bill returned from the service, married the love of his life and they eventually moved to Long Island, NY where they welcomed the addition of their 3 daughters and Marion (as was typical of the 1950’s) stayed at home to be a full time mother.  She continued her interest in art by forming a weekly painting club with her friends.  She also donated her time and talent to her daughters’ schools as well as the Huntington United Methodist Church.  She was active in the Church choir there and also volunteered as a Girl Scout leader for many years.

She eventually went back to work, first as a teacher’s aide and then as an art teacher in the elementary schools.    She returned to college and received a master’s in education at Long Island University.  Marion was a creative, caring and committed teacher.   The family basement was typically filled with art supplies and a vast assortment of items she would collect for her classes (thistles, sea shells, egg cartons etc.).

Bill and Marion retired in 1987 and built their dream home in Sharon, CT where they enjoyed many years of retirement and time spent with family and friends.   She and Bill enjoyed traveling during their retirement but their favorite places were a few very remote cabins in Maine where they returned over and over again. They spent many days there canoeing and exploring the Maine wilderness.

In addition to their travels, Marion was an active member of the Sharon CT United Methodist Church. In addition to helping out with many committees and church fairs and (probably hundreds of) church suppers, she resurrected the church choir and taught herself how to play the organ.  She continued her painting, art work and many other volunteer activities until her mid-80s when the first symptoms of Alzheimer’s began to make their appearance.  After Bill passed, she moved to Livewell in Plantsville, CT where she received compassionate and professional care from the many staff that cared deeply about her. Her family will always be grateful for the many kindnesses shown to Marion and her family.

Even more than her art work, church and music, her greatest love was for her family.  In addition to being a wonderful role model as a mom, she was a phenomenal mother-in-law and the ultimate grandmother.   The family will always treasure the memories of family gatherings and holidays at grandma’s house with all the food and goodies that anyone could possibly want.

She is survived by her three daughters and their husbands: Nancy and Ted Mao, Christine Rich and Roger Plourde and Janet and Frank Amendola, four grandchildren and their spouses:  Elizabeth and Rob Andrews, Susan Mao and Matt Smith, Bethany and Rob Garofala and Peter and Jen Amendola, and seven great grandchildren: Mackenzie Smith, Grayson Smith, William Garofala, Max Andrews, Ella Andrews, Claire Amendola and Sophie Amendola.  She is also survived by two sisters-in-law:  Elizabeth Stanton and Jean Kimpling as well as a number of nieces and nephews.  She was preceded in death by her son-in-law, Bruce Rich.

A private memorial service will be held at the convenience of family.  Donations may be made in her memory to Livewell.org or to Livewell, 1261 S. Main St. Plantsville, CT 06079. Plantsville Funeral Home has been entrusted with handling the arrangements. For online condolences, please visit www.plantsvillefuneralhome.com.

To order memorial trees or send flowers to the family in memory of Marion J. Buehrle, please visit our flower store.